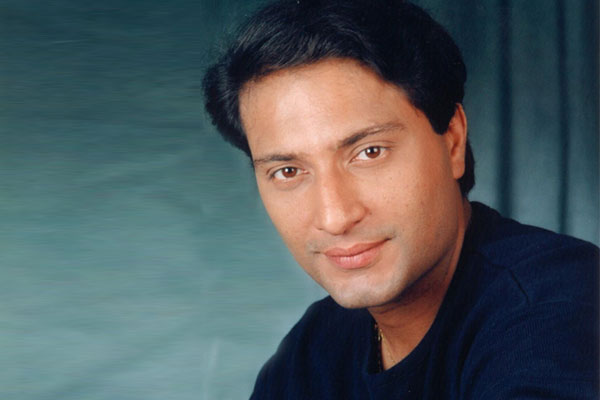 The show produced by Shrishti Arya's Rose Producitons is about young boy falling in love with a girl who is elder to him. The different storyline along with mature handling of the show has caught the attention of the audience who have liked it. Joining the cast of the show is senior actor Amit Behl who will play the role of a sauve businessman who is DV's (Ruslaan Mumtaz) father.

Telling us more about the character Amit who is shooting for the first day today says, "The name of my character is Yashvardhan Goenka and he is ultra rich businessman. He is shown to be as rich as the Ambanis and flaunts a lavish lifestyle. He doesn't give importance to middle or the lower middle class people at all and is concerned only about his business. However, there is a softer side to whim which comes to fore when he is with his loved ones. He likes his family especially DV whom he is extremely fond of."

That however does not deter him to have a grudge when it comes to DV's relationship with Saanchi (Sangeeta Ghosh). "He is a businessman after all and thinks that DV is making a big mistake by getting close to Saanchi but he does not show it in the face of it. Actually he is the one who wants to grab Saanchi's land to set up a food processing plant there and is not happy with the fact that DV has fallen in love with the same girl who is fighting for her land."

The entry of this character is sure to create twists and turns in the story but it will be done at a steady pace, "Since he is a sauve businessman he plays his cards well and doesn't let Saanchi know his hidden intentions. He in fact plays a cat and mouse game with her and you will have to wait and watch how it gets interesting."

Amit who is also doing Zee TV's Buddha at present is in a happy space at the moment, "Buddha should come to an end in 2-3 months time after which I will have time to shoot for Cinevistaas new show Daag."

Elaborating more about his character in Daag, Amit ends, "I play Mr. Mathur, the financial advisor to Ayub Khan in Daag and it is a role I am very much excited about but at present it is time that I gave my best to Jee Le Zara."

All the best Amit, it is always good to see talented actors come back to do more shows.

angelsabreenxz 6 years ago aal the very best sir!!! request to u but plzzz do agree to da lovely pair of saanchi n dv relation ship after twists n turns dey face...as ua afather and father cannot b much being rude to their children for longeer tym:)))))))))))

AADHIDEV 6 years ago Grand Welcome to JLZ family. But waiting for twists and turns after ur entry

koyelbasu 6 years ago Welcome to the JLZ. Looking forward to see some good acting. Saruv rocks!

Parm. 6 years ago Loving Jee Le Zara and am interested to see how DV and Saachi handle this new problem...