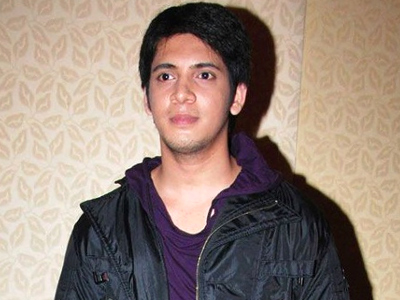 Television actor Ayaz Ahmed rose to fame with a popular fiction show Do Dil Ek Jaan on Life OK. The actor started off as one of the contestant in the game show MTV Roadies and from there he got the opportunity to become an actor. Ayaz was later seen in many shows doing a cameo role like in Crime Patrol on Sony TV, Gumrah on Channel V and more.

We got in touch with Ayaz to know his experience being a part of MTV Splitsvilla and more...

Letâ€™s see what Ayaz has answered to our questions.

You have got recognition from a reality show and then you did a fiction show, then what made you to come back in reality show?

Yes you are right! I got recognition from MTV Roadies and the journey was really amazing. During that time being on Roadies, I actually learned the art of living life and it is like a crash course where you get to learn all the aspects of life where you deal with all kinds of back stabbing, back bitching, cheating, hatred, friendship, love and more. So Roadies will always remain in my heart and I always wanted to do a reality show but I took a break and did fiction show Do Dil Ek Jaan where my character was quite interesting. Then I got Splitsvilla and always wanted to do as MTV Splitsvilla Season 7 is like a paid holiday and also I have come here to find love as it is always said that we get love at a hopeless place.

How has been your journey till date in MTV Splitsvilla Season 7?

Well the journey is fantastic as I am having lots of fun here, for me winning the game is not important but living all the moments of life is important. So yes I am enjoying all the moments here and when I go out from the Villa I want to go out in the world with pride without spoiling my image.

What was the best part and how it is different from other seasons?

This year the show is different as for the first time there are known actors in the show as Prince and of course new 13 contestants. All the contestants are really good and they are really doing well. The main attraction in this season is that Nikhil Chinapa is accompanied by most gorgeous diva Sunny Leone. So yes this is very good and different from previous seasons.

I never think of future. I live in present and try to make my present better instead of thinking about future. I want my life to be full of fun and when people see me they must think that my life is exciting. I don't want to regret anything later and so I want to live every moment of my life.

How is your association with MTV?

Nothing special as such when I had come for Roadies, the show's cast and crew was different and there was not much interaction with them. Later I did not have much contact with the channel people as such and then I did many shows and one fiction show where I lost my contact with the channel completely. Now I am back with the MTVâ€™s show again, all the cast and crew are completely new.

TellyBuzz wishes Ayaz Ahmed all the best for the show MTV Splitsvilla Season 7!

-CrazySobtian- 6 years ago Love you Ayaz! Watching spitsvilla only for you &lt;3

shivika838 6 years ago Ayaz Ahmed ,love u
just wish u all d luck 4 ur future and 4 d present too ,u r an awesome actor and so good hearted person :)

Niyaz_Lover 6 years ago LOVE YOU AYAZ..
WISH YOU THE BEST FOR KASI YEH YAARIYAN

suzi... 6 years ago i hav liked u since roadies days!!u wer awesome as raghu in one of the best show Do Dil Ek Jaan...eagerly waiting fr ur new show in mtv to go on air Ayaz Ahmed..
luv u lots ayaazu... :)

Rhimjhimsawan 9 years ago I am really excited about Murder 2. The story is taken from this awesome Korean movie called The Chaser, it's an absolute favorite of mine. I do hope they do justice to it.