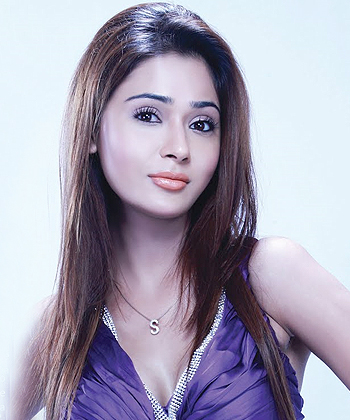 The talented Sara Khan who rose to fame with the popular television show Bidaai on Star Plus as Sadhna is currently very busy with her upcoming movies.

We asked the charming actress about her relationship with television and will she go back doing TV shows and Sara said, "There is no question of going back because television is always going to remain my priority. It is something which has made me and it's going to be my first priority in life."

She is happy to act in movies but cannot leave TV at all, "Movies are just coming to me on a platter and I am welcoming them. I am trying to put in my best but television is something I can never leave," replies Sara.

According to Sara the both the mediums  (TV and Film) are important to her and she feels that TV and Bollywood are no longer different, "I feel television and Bollywood is not different today and people from the Bollywood industry ultimately choose television only to promote their film as the main promotions happen only on television so I feel as an actor each medium is equally important."

Sara is happy to act in so many films after television and also feels that movies are easier than Television, "After television doing movies is very easy because television actors are very hardworking when compared to movie actors. In movies everything is scheduled and there is a proper plan of taking 2-3 shots in a day but in television we have to keep shooting till we have not finished shooting for the next day's telecast. So movies are easy than television I feel and I am glad to experience both the mediums."

Lastly, we asked Sara who was an ex contestant of Bigg Boss Season 5 whether she is watching the current season of Bigg Boss Saath 7 and she says, "After my stint in the Bigg Boss house I never felt like watching Bigg Boss any more. My taste is very different. I enjoy watching Cartoon Network, National Geographic Channel and Discovery Channel".

We wish Sara Khan all the very best for her upcoming movies.

cameroon16 9 years ago Happy Birthday to both of them :)
Didn't know so many people in the industry are capricorns :) just like me!

Urmila Matondkar Does Not Regret, But Ready to Apologise for ...
10 minutes ago

Shabana Azmi speaks about recovering from her Devastating ...
33 minutes ago

Who is AK in Sushant's Unseen Video that has Surfaced? Watch ...
37 minutes ago