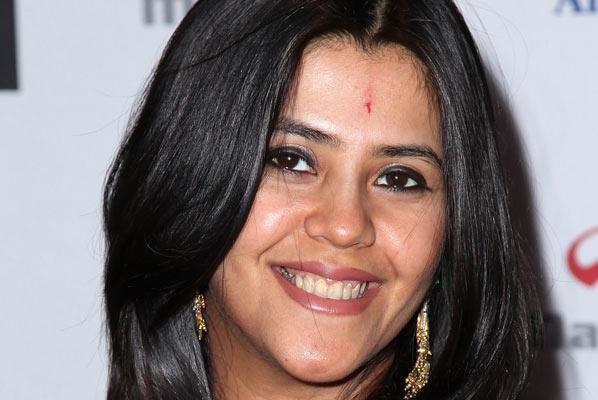 TV czarina and film producer Ekta Kapoor says she misses 'masti' (fun) in her life and so decided to visit the set of entertaining show Comedy Nights with Kapil with her 'Ragini MMS 2' lead actress Sunny Leone.

"It's such a popular show, it is apparently always giving my 'Jodha Akbar' competition. I have come here because I have heard and seen also a bit that a lot of masti happens on the show and masti is missing from my life," Ekta, 38, said here Tuesday before the shoot of the show.

"I have come to enjoy and have a stress-relieving moment," she added.

However, that seems to be a thing of the past now.

Meanwhile, Ekta is all praise for Sunny and when told by a media person that she has probably presented Sunny in the best manner as compared to her earlier films, Ekta was all smiles.

"I am so glad you said that. But Sunny is a good actress and I am honored to have worked with such a good actor. As a good producer, I have tried to present my actor in the best possible way and I hope she is happy," Ekta said.

7 years ago Jodha Akbar is the best!! Don't ever stop producing it Ekta.

7 years ago Jodha Akbar is awesome!