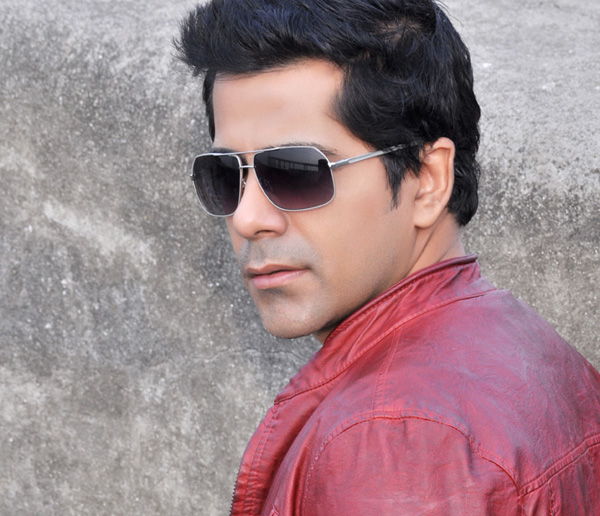 Gunjan Utreja's exit from the popular show Madhubala - Ek Ishq Ek Junoon was as sudden as his entry in the show two months back when the show took a leap of 20 years resulting in Vivian Dsena quitting it. Things however changed a lot after Vivian re-entered the show and Gunjan's character as Abhay Kapoor turned out and out negative. With the track of the show going haywire, other actors like Deepshikha Nagpal too announced her exit along with Gunjan. While there are reports of the show going off air too, Puneet Sachdev too claims that he has not been shooting for many days now, "I realised that I was not required much for the shoot when I was on the sets so I kept on asking them about it. Finally, I was told to hold on for a month till I was required and it has been almost two weeks now since then!" Kishwer Merchantt too has not been seen on the show for a long time now.

We get talking to Gunjan on his last day of shoot today and he seems to have taken things in his stride and is all set to move on. He is planning to go on to anchor live shows wherein he will be hosting shows in Goa, Delhi and Singapore. "Hosting gives me a break from acting and modelling and I don't think I will ever quit the same. Interaction with live and real audience gives me an opportunity to be very spontaneous and leaves me more refreshed. I also get to travel and that is the only thing that rejuvenates me. Life is a paid vacation and I enjoy it fully," says a visibly happy Gunjan.

His abrupt quitting the show did spark off some controversy but Gunjan claims it was not done with any wrong intention, "I'm neither happy nor obsessed with things. All this is about working as a team and taking every step as a sportsperson which is what I have been all my life. Whenever in doubt I always go back and refer to sports and if the captain says something then you have to adhere to it. The decision taken has been in the best interest of the team and nothing to do with anything personal with anybody."

His character as Abhay Kapoor in the show was something that even he could not understand at the end he says, "See, when I started off I was told that after the leap it was supposed to be a rom-com with me and Madhu (Drashti Dhami) being a lovable pair but later my character turned negative. Even that was fine with me but then suddenly I felt as if it had undergone lots of changes but I kept doing my job as an actor always giving my best. I always felt you never know what works and what doesn't and just like every other actor I ensured that I give my best but then things really turned bad when my character turned very dark and black shown to be ill-treating a child trapped in a man's body (Raju) and hitting a woman (Madhu). Violence is not part of my life and I could not continue doing that even if it was on screen to helpless characters. I had discussions about this with the creative team but nothing worked out and thus I had to back out as I was not comfortable with so much of negativity."

Gunjan now awaits for something better and has accepted all that has happened as part of the profession, "You lift yourself and go back doing your work with the best possible intention. God has been kind and I will be busy with my anchoring."

We wish you all the best, Gunjan!

rebba 6 years ago Drasthi dhami may god shower u with lots and lots of happiness and fame.

waiting for ur MS epi

faizaanwar 6 years ago Drashti Dhami, yes my dear, am always with you...
love u

waiting for ur MS epi

KINGKHANFAN 6 years ago DRASHTI DHAMI,
the person who is ruling the Indian tv by her stunning ,amazing and mesmerizing looks ...

Rhinohippo 6 years ago Drashti Dhami love u
Drashti Dhami hats off to ur dediacton but really cvs have no creativity ad they r biased. hate them to core
Drashti Dhami pls leave the shwo

nasreenkazi 6 years ago Drashti Dhami, wish you have had a wonderful Sunday my dear.