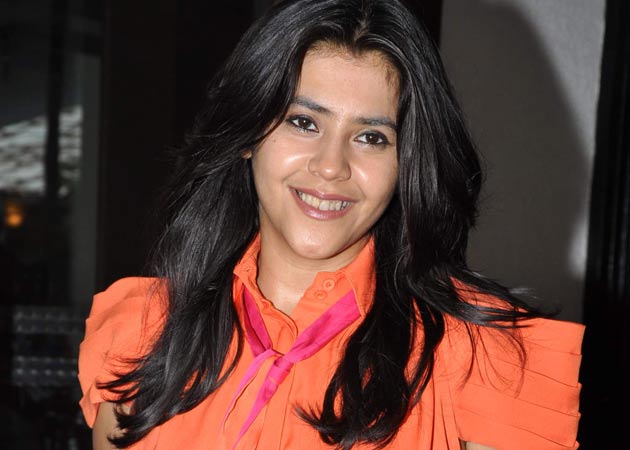 Coming back from Tiruptati where she had obviously gone to seek blessings as she usually does whenever she starts something new, noted producer Ekta Kapoor was in a good mood last night at the launch of her new show Kumkum Bhagya on Zee TV.

The show which stars Shabbir Ahluwalia, Sriti Jha, Mrunal Thakur and Faisal Rashid has the story of a simple, all women family based in Mumbai and how the mother who runs a marriage hall named Kumkum Bhagya wants to see her two daughters married and well settled.

Here is what Ekta had to say about her show and more...

"It is difficult to say whether Kumkum Bhagya is a family drama or a love story."

"It is very tough to talk about the show with so many characters and to assimilate them together in one story is difficult but it is a format breaking as a show. I cannot even say whether it is a love story or a family drama.

The essence of the show is that in life you meet many people who will touch your life through various things, different moments and different people will come and go and there are going to be different stages of love and relationships but the one person who sticks by you at your worst is the one that matters and if that person is the one who is weaved in your destiny through the Kumkum that is in your maang then that's a relationship to actually cherish for life and you never know that. Destiny for women at least till she gets married is different and after marriage destiny changes because it is linked with someone else."

"Kumkum Bhagya is inspired by Sense and Sensibility."

"It is inspired by the classic novel Sense and Sensibility by Jane Austen which I liked when I saw the film based on it and then I started writing it in my own way. I changed scripts, writers when I thought that the base of the story was wrong so then I changed it all over again. When you write something but if it doesn't come from inside it doesn't work as a story. I think I left the classic long behind when me and my writers weaved a very different tale out of it."

"I make all my shows from the heart."

"Actually when I make a show the first thing I try to do is block out all external influences or what anyone thinks about the show. Shows have to be made from the heart and I love the characters, I feel part of this home in the show, part of the street that the family stays, I am part of their lives. Kumkum Bhagya is not a typical show in a typical zone and I am not even able to tell you whether it is a family drama or a love story. I am actually out of my comfort zone with this show. I thought there are so many family dramas on TV and yet there are so many stories which are not being told because at some point they are all complying to the typical rules of Television. We have made this show with a lot of heart and are hoping that the heart of this show reaches out to various hearts, various people so if I am expecting or hoping them to like it and I would rather use the word hoping." 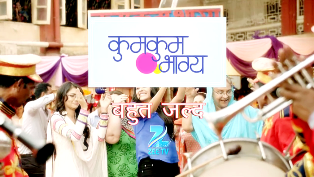 "Every show has the same story told differently."

"There is nothing new in the show. Actually there are no new stories. In fact there are just seven stories which are repeated everywhere. What is new is the emotions and characters otherwise it is the same story which is depicted in different ways. If we have two people coming from a small town background and they are aggressive it becomes a Romeo and Juliet story and if we place the same two people in high society then it can turn into a European film. The way stories are told matters, it doesn't matter if the stories are the same. I hope when you see the show you will understand the essence of it. There are similar high points in different lives. The big game here is not to make different stores but to tell the same story differently."

"None of my shows have messages but just a thought."

"I never try to give any message to the audience via my shows. There is always a thought, a philosophy behind each of my shows not a message. In this show the philosophy is that emotionally and in any which way if anyone stays with you in good times or in bad times he is important for you. Kumkum Bhagya is all about making the best of your life and not looking the other way and wanting what others have."

"For me audience is most important."

"At the end of the day my show which runs for eight years because people watch it and if I could I will run it for 20 years if the audience is watching it. For me if the audience be it anybody - a dadi, a youngster, a housewife, any family member who is spending half an hour watching my show then I don't mind working 2 days or more on it. Films will keep on happening but I have decided to give more time to TV now since for me the choice of my Television audience is more important." 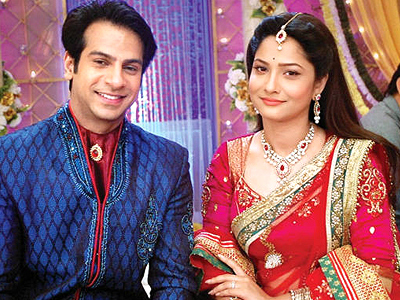 "With this show we have 'K' back in the title."

"Kumkum Bhagya was the title of a show we produced for down South and it had a very nice feel to it. This show however has a different concept and story and here the name of a marriage hall is Kumkum Bhagya. With this show K is back in my life and I hope success too comes back to me. I didn't think about it when we decided and after deciding the title we saw that K is back. These days all TV shows have typical titles which are lengthy and are adapted from songs from Hindi films which is so regular so we thought why not do something different."

harjotxo 6 years ago I honestly can't wait, everything looks so good!

KiranlovSriti 6 years ago Sriti Jha love you, you are the best. Waiting for kumkum bhagya.

Changers 6 years ago am sure PR will rock too in new time slot. story is going too good and lots of twist and turns are coming :)

Dhruti_rocks434 6 years ago Sriti Jha you rock. Wish you all the best for this new journey of a beautifull character like Pragya. Hope show become very successfull and will get all appreciation from viewers.

Shanu1818 6 years ago Sriti Jha waiting for you all the best for kumkum bhagya.

Love you sho much My Rajat Tokas and Paridhi Sharma.

Ekta Kapoor A Big Thankyou for sustaining Our Jodha aka Our Angel Pari.

Before judging an actor,Make sure you have really watched his acting and all his work seriously... Someone who can play negative role with a comic timing and different shades apart from the negativity in his charachter perfectly,Such actors can play any role with utmost perfection and ease... But Well...To see that,You gotta stop being so prejudiced about people you know...

lazee.bee 6 years ago I don't know much abt d leaps in EKs shows but hoping I cud take a leap of 15 days just to watch ur performance Sriti Jha