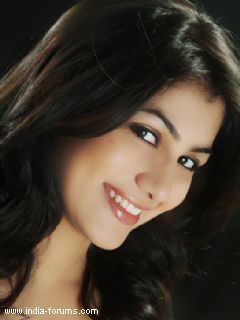 The very talented and beautiful actress Sriti Jha, who was recently seen portraying the character of Ganga in Colors' popular show Balika Vadhu, is quite excited to be a part of Balaji's upcoming show Kumkum Bhagya on Zee TV which is going to be an intense love story. Sriti will be seen playing a different character from what she has played earlier and she is happy about it.

TellyBuzz spoke to Sriti to know more about her character in Kumkum Bhagya and what kept her busy during her break time.

Sriti Jha who has been praised for her acting skills in her previous shows seems to be a travel buff as during her sabbatical she traveled and explored many places, "I have been busy travelling these days. I went to Kerala and Sikkim and just returned to Mumbai few days ago. It was a beautiful experience and I had so much fun. 2014 has begun on a very good note and I hope that it continues to be a good year ahead too. I travelled to two places and enjoyed a lot. I just planned to go to Sikkim happened suddenly. I did all the arrangements in a hurry as my plan to travel places was decided unexpectedly. I travelled alone so it was lots of fun. I like to travel alone as I can explore the city well and then I can also commute with the localities and the people. I like knowing about various good places which are popular for eating and clicking pictures (Laughs). I enjoyed roaming in various cities and it was an over whelming experience for me. Apart from this, I watched lots of brilliant movies of 2013. I am just looking forward to the year 2014 and I hope that it's going to be a good year. Now I am hoping that Kumkum Bhagya will happen soon."

When asked Sriti about how did she bag the show Kumkum Bhagya, she added, "The show happened to me like a regular process. I gave a look test and got finalized for the show."

Elaborating more about the show Kumkum Bhagya, Sriti says, "The show is really good and very interesting. It's very relatable and a happy show. It's positive and an intense love story and I loved the idea of it. I am fortunate enough that I am a part of it and I am quite excited about it." 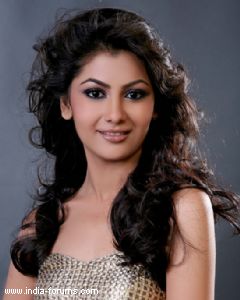 So what attracted Sriti to the show? "The first thing which attracted me the most is that it's a love story which I haven't done it from a long time and I was eager to act in a love story. The second thing was that it's my first show with Balaji and Zee. The third thing which attracted me was the character as she is believes in herself. She is responsible and very mature.  My character is very simple and portraying the character in some of the intense and difficult situations would be interesting to play. I have always portrayed powerful characters which had to be enacted well on-screen. So, I haven't played this kind of a character and never in an intense love story," she says.

Talking about her character in the show, Sriti further added, "I am playing the character of an elder sister of in the family. There are mainly women in this family with two sisters and a mother. The mother is very keen to get her daughters married. I am playing the character of a girl who is very responsible; she can take the responsibility of her whole family. She is a very positive girl who sees happiness in everything. Many people can relate themselves to this character. There is a lot of depth in the character and it's intense. In spite of this, it's a very believable character, who is nice, mature and a smart girl."

We also quizzed Sriti about her look in the show. She told us, "She is very simple and her priority is to take care of her family because she is very close to her family and loves them a lot. I think she is going to stick to the simplicity of her character and her looks which are yet to be finalized."

As Sriti will be working with Ekta Kapoor for the very first time, when we asked her about how she feels being in Ekta's camp she told us, "I am very excited about it as I have seen her creating passionate love stories earlier. So, I am excited about the kind of work I will be doing. I hope it will be a good and a challenging work ahead and I am always ready to face challenges."

We wish Sriti all the best for her new show!

wanderingsoul 6 years ago fan of urs frm soubhagyabati bhava then balika vaddhu and now kumkum bhagya. hope to see ur brilliant performances once again. u r a treat to watch.

SritiFan 6 years ago Very happy to see you back onscreen Sriti and I hope this show does really well.
I have no doubt that you will do the role of Pragya to a perfect T :)

abhiyaneet8 6 years ago finally wait over ...shabir is back i m exicted to see him back

RuchiArora21 6 years ago even me and my family is waiting for this show to be on air..first arorafamily serial..hehe.me to arora na so...silly talk but true.

Colt.Pixy 6 years ago can't wait. 18 march is too far now to wait for sriti jha

arohi292 6 years ago Sriti Jha you are most brilliant actress. love your smile, you have such a beautifull and innocent face.

RagSia 6 years ago Wow Sriti!
Lookin for ur show to come on screen.
All the best!

ziri 6 years ago finally..!!..i must say ur very bold and optimistic women.ur character looks very interesting and strong.. all the best to my angel..:)..will watch only to see u and your acting..love u sriti jha

Nandinimurti 6 years ago eagerly waiting for ur show i hope it will be best i will watch this show for sure :)

Delnaaz Irani speaks about entering Choti Sarrdarrni, her ...
40 minutes ago

Madhrima Tulli & Ssharad Malhotra starrer “Pasta” gets an ...
59 minutes ago