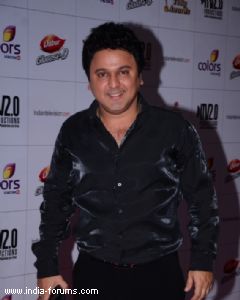 Ali Asgar who plays the character of Juju in SAB TV's show Jeannie Aur Juju has been under the scanner for some time now. Recently we had heard that after leading lady Giaa Manek, Ali Asgar too is planning to quit the show. We got Ali to talk about the same and also about other people who have left the show.

Ali simply refused to talk about his decision of quitting the show and maintains, "For now I can't comment on anything. Once the producers and channel people decide about the same, I will inform you."

He says that he has no time to take up new projects as he is too busy with his current shows, "I don't get time for myself after doing two shows - Jeannie Aur Juju & Comedy Nights with Kapil. I'm not even able to give time to my family so there is no question of taking any other show for now."

Talking about other actors like Giaa Manek, Amit Tandon and Neha Mehta who have also left the show, Ali says, "Why should I comment on them? I would not like to say whether they were removed or have quit the show. They had their own reasons and I've my own."

When asked Ali about the characters he likes the most - Dadi or Juju, he says, "Both are very different characters. Juju is the hero of the show in Jeanie Aur Aju and has different responsibilities, whereas Dadi in Comedy Nights with Kapil is larger than life. Juju is subdued and dignified and Dadi's antic behavior makes her look more Chulbuli. I like both."

Well for now only time will decide whether Juju will stay in the show or not! Keep reading TellyBuzz for more updates.

dharamluvgiaa 6 years ago Love you giaa manek. Ur the best.

gia111 6 years ago Good afternoon giaa. Waiting to see you in a new show.

Kangana Ranaut tried to mock Deepika, Sara and Shraddha for ...
42 minutes ago