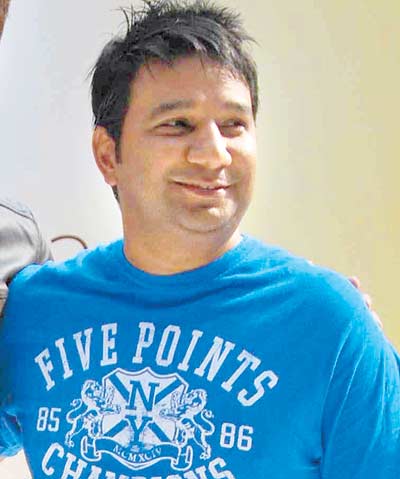 TV industry's one of the most talented choreographers Ahmed Khan who has now turned as a producer, actor, director and writer will be seen as a judge of the popular dance reality show on Zee TV Dance India Dance Li'l Masters Season 3. The ace choreographer had judged the season DID Dance Ka Tashan which had the unique concept where super moms were seen competing with the L'il Champs.

Ahmed Khan will judge the dancing talent of the kids and give them some valuable comments which help these kids of Dance India Dance season 3 to achieve their goal and grow in life.

Tellybuzz spoke to Ahmed khan to know about his association with the show, experience of judging the previous season and much more...

How has been your experience so far being a judge of Dance India Dance Li'l Masters season 3?
I have started my career as a child artist then I became a choreographer then producer, director and writer. As I kept the getting the opportunity of these things I experimented with them but I never thought of becoming a judge. In fact I never wanted to be a judge because I was scared of it. But when Zee TV approached me to judge this show as I was not prepared and was really scared. But when I started to judge the show I was relived as the crew supported me and helped me clear all the doubts. Overall it was a great experience. In the process of audition I realized that you don't have to learn anything to judge a show, you just have to be yourself. There was no script given unlike any other show as they believe that it's not Dance India Dance its moment India moment. I used to give my comments and used to wait for the crew's reaction on my comments but I used to feel very happy as the crew used to encourage me by praising me. And of course I had such a great co-judge Geeta Kapur who used to guide me throughout.

Whom do you think is difficult to judge - children or adults?
It is more difficult to judge children because you need to judge them not as the judge but sometime as a teacher, as parent or sometime as a friend too. You have to make them understand things in a better way. In case of adults they quickly understand that it's a competition and what kind of level is required. But kids are innocent and don't understand it easily. They cannot take rejections easily and tend to get upset. It's like on their birthday if they don't get gift or if they are not invited for a birthday party they get upset similarly if they are not selected they get disheartened. It happens many times that children start crying and we try to be as lenient as possible. So it is very difficult to make a child realize that this is not the end but it's a beginning.

What do you do to ensure that kids don't go back with low self-esteem as it might create a long term impact on their innocent mind?
The children who come for auditions, somewhere down the line are aware about the fact of rejection and the level of the show as they have seen the previous seasons of Dance India Dance and other dance shows. Many children believe that they are here for some kind of popularity and they know that if they don't perform to a certain level then the rejection is possible. I really appreciate the efforts of their parents. Parents understand and value the decision of the judges very well. I was so surprised to see that parents have really worked hard to make their children believe that you can be something tomorrow and if you are not selected then at least you are lucky enough to perform on this platform. Parents were our support system throughout. There where kids who had given auditions in the previous season and were rejected but they had come again in this season. These kids are really talented and never lose hope and that is why they were ready to come again in next season even if they get rejected in this season again.

What quality a dancer must have?
There are all kinds of dancers who are physically fit like Hrithik Roshan and some are like Govinda who are very jovial and carry off the steps exceptionally well. So my forte while judging a show is on good dancing whereas Geeta Kapur likes good dancers with expressions but most important is whoever is entertaining and in what way they entertaining their audience. For instance, Shah Rukh Khan is not a great dancer but he is the best entertainer. Shahid Kapoor is a good dancer but everybody likes Ranbir Kapoor so choices differ.

What are your future plans?
I will be soon coming up with a film titled as 'It's a time to Disco' and the talks are going on.

Well, that's indeed nice to know about Ahmed's new venture and we wish him all the very best for his show as well as for his film!
0 Likes