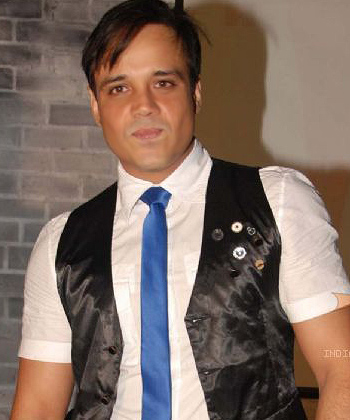 Yash Tonk who rose to fame with Balaji's Kahin Kisi Roz, is currently working with the same production house in the show titled as Pavitra Bandhan on DD National.

After having entered the filmy world, the dashing actor Yash Tonk was hardly seen doing TV shows, but now he is extremely happy to work with the same production house which has always offered him good and essential roles, "Yes I'm doing Pavitra Bandhan on DD National and it's a Balaji show. I've been associated with this production house from the very beginning so whenever I was offered a good role, I just couldn't say no to them. Also I'm happy with the success of Jai Ho and audience has loved the film," he says.

What matters to Yash are two things - the production house and the script, though he has not done any show on GEC for quite some time now but he is happy that his show Pavitra Bandhan is being watched in villages and says, "Yes, for me script and the production house matters a lot. At the end it's a Balaji series so I don't need to worry. I'm happy that my show is being watched in villages too, so my reach with the audience has also increased."

When asked Yash about how does he manage his time while shooting for films as his current show Pavitra Bandhan is a daily show, he says, "Balaji people are very helpful and that's the best part of having such a cordial production house. It was convenient for me to adjust dates for the film. I feel it's difficult for me to work outside Balaji production house."

Talking about his role and upcoming track in the show Pavitra Bandhan, he says, "I play the role of Girish who has lost his first wife and now his family wants him to settle down again. He is not ready for second marriage but somehow his family members convince him to get married. Girish marries a girl who is much younger to him. Now the track will focus on Girish who doesn't love the girl and it will become more interesting for the viewers to watch as how things will change and how Girish will start liking his second wife in the show."

We wish Yash good luck for his show Pavitra Bandhan!

its an amazing show

brat2008 6 years ago Yes! Salman gives a heaven of good to people whom he sincerely cares for but later in return when they are successful they ditch him . It is really a very sad thing with salman the man with a golden touch. He is one guy who is never politically right but always speaks his mind when needed. That is why he is known as the bad boy!!!

-Eris- 6 years ago Salman needs to stop giving work to his friends .. sorry no offense toYash but its high time.. .. jai ho would have been a lot lot better is salman would have ditched sohail and the rest

On Return to TV, Ellen Addresses 'Toxic Workplace ...
21 minutes ago

Kaveri Priyam on Being Disappointed With 'Yeh Rishtey Hai ...
31 minutes ago