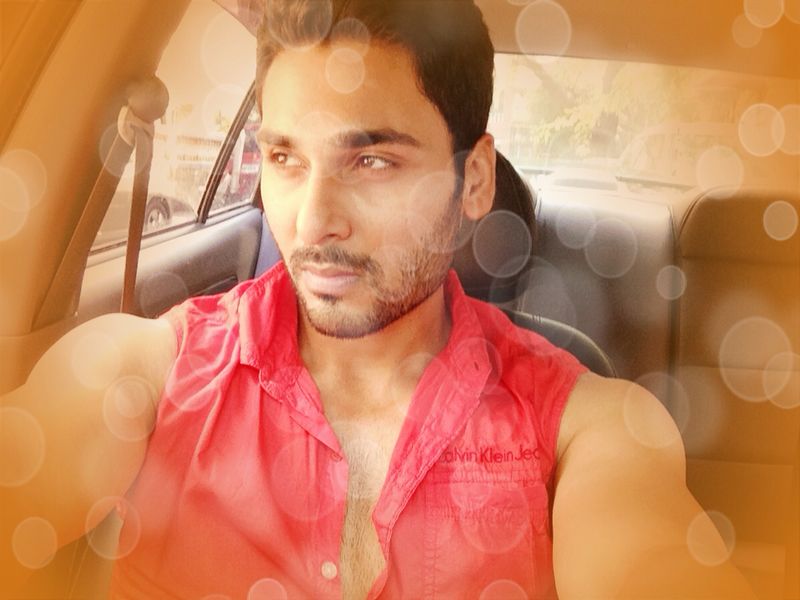 Here is Bharat talking about the character in-depth, preparations done for the role and much more...

It's a double challenge for me to play this character now - "The show must go on. It takes time for the audience to accept an actor who has come as a replacement. I am giving my 100% to my work. It could have been a challenge for me to play this role but now it's a double challenge for me as I have replaced someone and I am stepping into someone else's shoes. I have to get into the skin of the character as well as work hard to portray the character perfectly on-screen. It will take time but I am happy with the feedback, I am getting from the viewers and my dear ones."

I went to give the audition despite being unwell -"I had just returned to Mumbai from Indore and I was not well. I got a call from the production house to come for an audition. I went to give the audition despite being unwell. After few days, I got hospitalized due to a stone problem then I got a call from them saying that I have almost been finalized. So, when I got discharged from the hospital, I started taking a lot of precautions to get well soon. Then, once late night at 12:30 I was called to inform that I have been finalized to play this role. It's a nice character which I have got to play and my Mom also follows the show so, I took up this character to play."

I should enjoy playing any characters - "In my previous three shows before Meri Bhabhi, I have played positive characters and I played negative in Meri Bhabhi and now playing this one. I would love to play positive character as Yuvraj but it depends on how the storyline goes. It's my perception that I want to play characters which has more shades and which I enjoy playing on-screen. Playing a role negative or positive doesn't matter to me more than I should enjoy it."

My wife has always been there with me - "I am enjoying my married life. Earlier, she was my girlfriend and she has been with me earlier as well and now she is with me too. She has been there always for me; the only thing which has changed is that now I can call myself as married."

Keep up the good work Bharat!

Avika.Gor 6 years ago Oh God I just love this actor ^^ but why in this show :( you deserve something better.

icecream_candy 6 years ago You did a good job on Ek Nanad Ki Khushiyon Ki Chaabi...Meri Bhabhi. Good luck for your new show.

.Chashmish. 6 years ago Why the hell is this show still on air !

NaijaLuv88 6 years ago Wishing you the best in your new show and was wonderful in Ek Nanad Ki Khushiyon Ki Chaabi...Meri Bhabhi. Continue the great work.

nabni 6 years ago You were good in Meri Bhabhi.

All the very best for your new show.

You were really good in Meri Bhabhi.

Sanaya.Barun 6 years ago Uttaran is NOT the longest running show. Its Balika Vadhu.

NaijaLuv88 6 years ago Hated your character in Ek Nanad Ki Khushiyon Ki Chaabi...Meri Bhabhi...meaning you did a terrific job. Please continue such a wonderful job and wish you the best in ur new show.