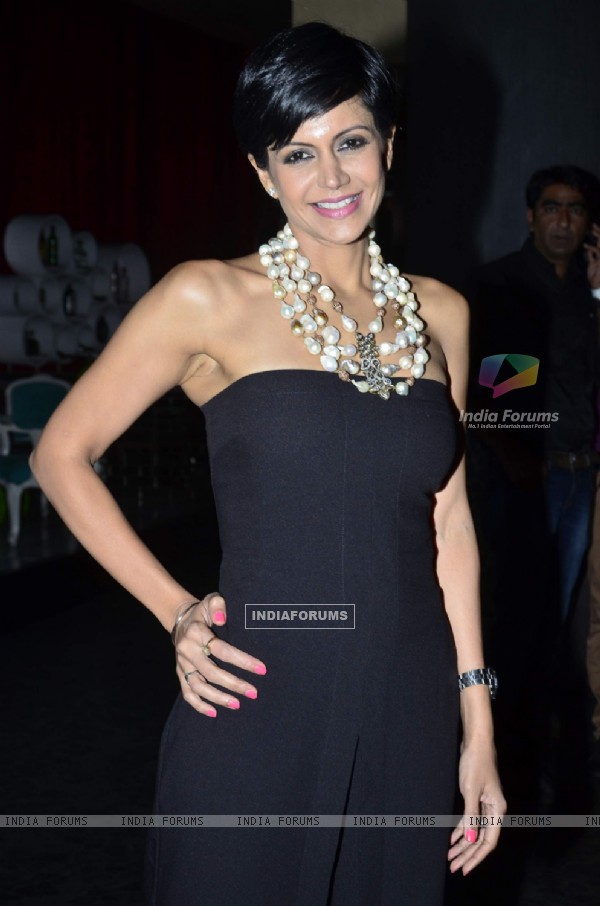 Talented actress Mandira Bedi who will be seen on-screen judging a show Gangs of Hasseepur, is quite excited to be a judge of the show and also talks about the show's concept, her association with the Zee TV channel and much more in this conversation with TellyBuzz.

Mandira who has hosted many shows feels happy that this show Gangs of Hasseepur is different and one just tends to forget all their worries because of its genre which is comedy. The actress says, "Fortunately I am not standing on the stage and performing but sitting and enjoying as I enjoy comedy a lot. Both I and Tanisha Mukherjee are having a great time. The good thing about the show is its nice fluid format there are lot of other things in the show, there is something new for everybody. There is Raju Shrivastav's segment where Raju portrays many characters to make people laugh, there is another segment which has a pure standup comedy and we have couple of sketch and skits like Sawaal pe bawaal. So I think it's a blessed job being a judge as I have to sit, laugh and enjoy. We can get entertained however we want. I have hosted lots of shows, and this is the nice one to do because here I am sitting back and enjoying, I keep saying that the day just flies without any burden or worries."

On being asked Mandira that how she bagged this show, an elated actress says, "I got this show because I have worked with Pankaj Saraswat before who is also a well-known comedian. I had judged a comedy show with him couple of years back, so he has seen my work and we know each other from quite some time now. We are conformable working with each other. So when they were developing this show for Zee he suggested my name and of course I know Namit Sharma very well as he is also the programming head of the channel."

Talking about her association with the channel and also with Namit Sharma, Mandira avers, "I know Namit since 20 years when he was standing with a recorder to record my interview as he was a journalist that time and I remember he did a cover story for a magazine and from that time we know each other. Today he is the programming head of Zee TV and things worked out and I am part of the show and mainly because Pankaj as he suggested my name and today I am judging this laughter based show."

Elaborating more on the show's entertainment factors, the svelte actress says, "Basically I opted to do this show is because comedy is very much loved in India and this show is different from others because we all know that there is Raju Shrivastav's segment but nobody knows that what he will do in that segment. There is segment of standup comedy butt is a surprise that who will come. So it's a variety show which has lots in it. It's not just a skit or just a sketch or just a standup comedy, but its little bit of everything. The show is very topical; I mean that all the humor or comedy is based on current affairs. I think we have got wonderful talented and really amazing performers who are part of our show. There are many new comedian actors whom audiences have not seen before. They all are doing an incredible job." 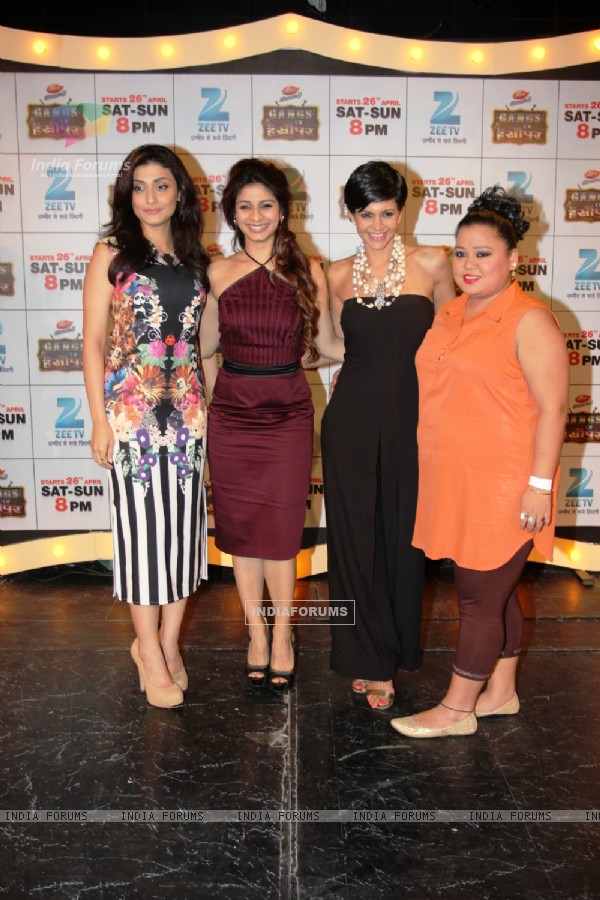 The show Gangs of Hasseepur aims to be a message driven show as it has roped in versatile and talented actors who portrays the reality by giving it a comical touch to the show. Mandira likes the show's concept and she also applauds the actors who are performing in the show, "When we started shooting for the first episode I was not sure whether the humor will strike the right chords for the audiences or not and now that I know what kind of humor we are dealing with so now I know what to expect and what not to expect certainly and let me tell you it's very easy to make me laugh. I like the humor which Raju Shrivastav does, I like him because he is so versatile and bring varied characters while enacting on-screen. The best part is whenever he is enacting any character; you can relate it with the real one. I think he is incredibly talented. I also love what Bharti Singh does as well, I love the fact that a woman is doing so well as a standup comedian which is normally a male dominating genre. I like the standup comedy which has lots of messages and that is the strongest part which this show has to offer," says Mandira.

Mandira really appreciates the content of the show which doesn't have any double meaning jokes neither the gender biased jokes. She is happy that the show is a family entertainment show as she states, "I don't like below the belt humor shows which are highlighted in many comedy shows nowadays. If I talk about this show then this show covers current topic and is a family based show and it is pure entertainment. I have seen many standup comedian and I really respect them who prefer to keep things clean. Comedian talking about the adult stuff is a cop-out, it's the easiest way to attract the audience and make them laugh which is very unethical. I love clean humor and that's what I like about the show."

Lastly we were curious to know about Mandira's equation with her co contestant Tanisha Mukherjee who is also a co-judge in the show. "I met Tanisha Mukherjee a couple of time back and we got together for the show and she is lovely and easy going person. People may think that two ladies are sitting on the same desk and there will be like cat fights or something like that but there is nothing like that. She is a very nice person to work with. We have a good time while shooting, we have shot for few days and there is a long way to go and I am sure you won't hear any stories about us."

We wish you all the very best Mandira. Keep up the good work!
0 Likes

nafeesaeed 6 years ago Mandira Dear U r ok bt you shud not take tanisha as a judge with u kahan aap kahan wo jis ko comedy ki ABC bhi pta nahi why u accept it shoe definetly flop jaey ga.public will never go in favour of tanisha.v cant c her with u in dis show...think abt it n bring some1 who hav a good n enough experience in comedy.telling u in advance v r not going to watch this show...replace tanisha please

samicute 6 years ago Really...Tanisha and Mandira judges, this show is definitely will be flop.

saarahkhann 6 years ago Really...Tanisha and Mandira judges, this show is definitely will be flop...feel bad for talented people like Raju and Bharti

Bigg Boss 14: Teaser Promo of Nikki Tamboli is Out
27 minutes ago