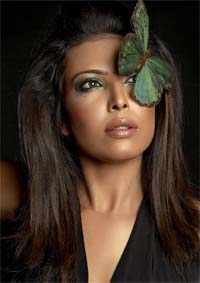 Featured Video
A special chit-chat with beautiful and talented Shilpa Shukla who won accolades for her role in last year's Chak De India!  From the stern girl in a hockey team to comedies and suicidal roles - Shilpa sits down with us for a chit chat to tell us about what's coming up in the future!

Tell us something about your role in the movie 'Junction'?

I play the character of "Pinky".  She is an alcholic sucidal and very unpredictable.  Vicky (Abhay Deol) and Pinky are in love with each other but how difficult it is to understand a love like that and there is more!

How did this role come your way?

Atul Sabarwal - the debutant director saw me in Khamosh Pani here in mumbai more than a couple of years back and found my number and called me for a screen test.

How has it been working with Abhay Deol and Vidhya Malvade?

Now that is what I call the"Junction Jinx" as we have not started shooting for the film yet.  Some films have there own destiny!  I hope it finds it by early next year!  Abhay has the experience of many interesting films and so I a looking forward to acting with him.  Vidya and i have practically lived and known each other during Chak De so its a pleasure working with her!

You are also working in a comedy film 'Mumbai Mast Kalandar' tell us something about it? 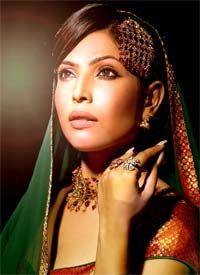 Mumbai Mast Kalandar is a fun film - giglish and pleasant!  It is directed by Aman and Mussavir under their Maiden Production house White Popkkorn.  I play the role of "Rhea"- a makeover artist who runs a salon. She lives in this city happily with her best friend Megha (Played by Luna) who wants to make it big in Bollywood.  My character faces the difficulties of her salon and how far will she go to save her salon as there are orders to vacate the place!  Drama unfolds and a series of stupidities which seem to be "just the right thing to do"...

How is your experience of working in a comedy after doing handful of dramas?

Oh nice and breezy!  Rhea is so full of smiles and sweetness till you dare take her salon away!  Snap Snipp!..

What is the movie 'Season Greetings' all about?

Can't talk much about that but its a beautiful ensemble of actors.  Just as the name suggests the new year makes sure that these characters are set, soughted, happy and have a blast.  The shooting starts in November and it is very nice of Vikram Chopra to have offered me a role like "Shelly" as the character is extremely special as it has given me the opportunity to share screen space with Tabu, Javed Jaferry, Sohail Khan, Saurabh Shukla, Shreyas Talpade - the list is long and interesting so it is extremely boosting for me! 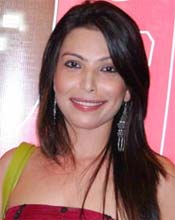 You will be sharing screen with Tabu for this film. How has it been working with her?

I am yet to shoot with her but every time I have met her in person has been fun because I really watch her with my mouth open!   She was my award i got at the film fare night and I can go on and on for quite sometime about Tabu so even if we share a smile in a frame, I know it will be special!

When can we expect your movies to hit the theatres?

Any message for all your fans?

Ya! I am anxious and excited as I am trying to open my wings so I need all your love and power!  Keep watching with love!