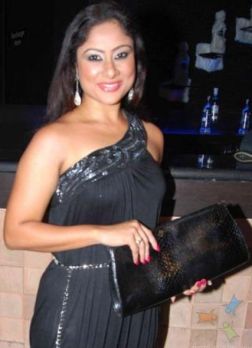 Sai Deodhar was last seen in Baat Hamari Pakki Hai on Sony and the pretty actress is returning on the same channel with Adaalat. She briefly talks to us about her come back and her first day of shoot.

"After 4 years I'm coming back on television and it was really exciting to shoot for Adaalat. I was trying to settle down in the skin of the character and was really nervous. I'm playing a public prosecutor and thank god that everything went off well," says Sai.

Elaborating on her first day of shoot, she explains, "For me on first day, it was like whether I would be able to remember the dialogues and how will it go. As an actor you have a habit of memorizing the script and for me it's been a long gap. As the shoot started, I went on with the flow and after half an hour I was all fine. It felt like I never left."

On her come back, Sai feels, "It was my hubby Shakti Anand and my mom who encouraged me to join back. They were like enough sitting at home and taking care of the daughter. Now she is a grown up and you can go out and work. My mom is my pillar and my strength. She said that she would take care of my daughter. I'm so glad to have her with me."

What kind of roles are coming your way? "I'm getting all kind of roles but yet to sign anything. I don't mind playing a mom too now as I know the scenario in television has changed and moms look very young on screen. But lets see what happens though I will soon return with a new show," concludes the actress

We wish Sai luck for her second innings on television.

+ 4
7 years ago Debonita 4rm Kasauti nd she was also a main lead in Ek ladki anjaani si.. did a good job in both da shows.. Best of luck Sai :)

i wish Sai back on television.