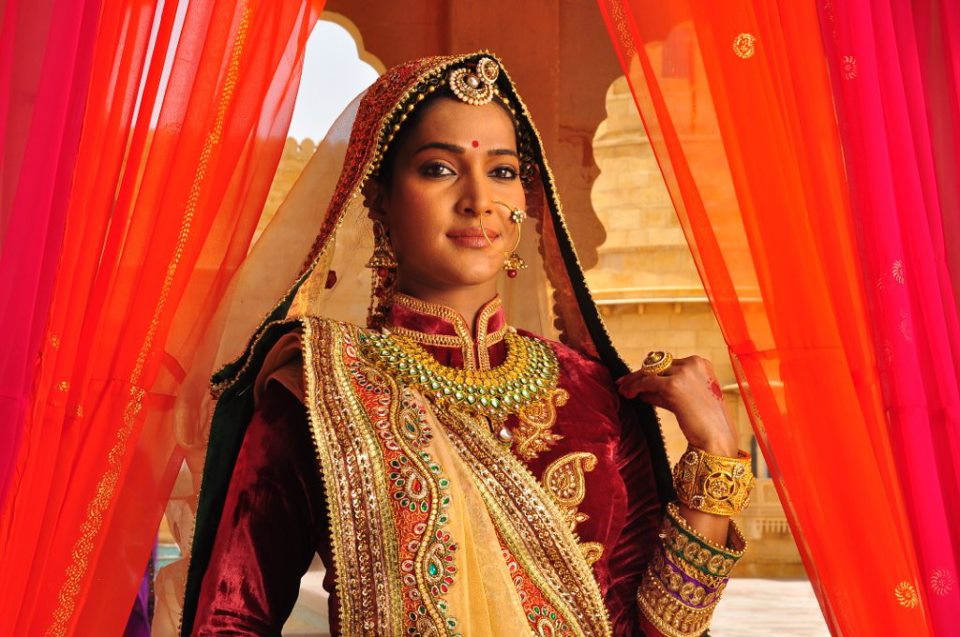 Rajshri Thakur Vaidya who is currently seen as Maharani Jaivantabai in Sony TV's epic drama Bharat Ka Veer Putra - Maharana Pratap is excited to hold the sword and fight like a warrior. The actress talks about how the preparations are going on for the most happening war in the show.

The talented actress Rajshri is quite excited for the upcoming battle sequence in the show and says, "We are yet to shoot for the fight sequence but all of us are very excited for it. As for the first time the queens will be holding the swords. Also it is happening for the very first time that we are not seen wearing those heavy maharani costumes but have donned a warrior's look."

This sequence is new to Rajshri as she will be doing a fighting sequence for the very first time in the show and says that she is happy to get trained to do various stunts in the show, "There is a stunt master who will be teaching us of how to hold the sword and how to fight with it. I'm really looking forward for this as I will be doing this kind of a scene for the very first time in the show. Currently, we are protecting our families by playing different tricks."

When asked Rajshri about her family members' reaction for the upcoming track of war, she says, "Well, they all are happy and looking forward to see the track. Also on social networking sites, I do keep reading that they have loved the promo of the show where all the three queens are holding the sword and are ready for the war. I'm sure the audience will love our warrior avatar too."

So is Rajshri exhausted with the shooting schedules? "Well, each and every shoot does become exhausting but as we are yet to shoot the war sequence, so things are going in its own pace. Yes, it is bit tiring but at the same time it is exciting too. This episode should be aired in a week's time. I really hope you all like this," she concludes.

Keep up the good work Rajshri and we wish you all the best for your upcoming war sequence!

..Pankhudi.. 6 years ago Looking forward to see some sword fight between JB and SS .

jmoyee200 6 years ago Eagerly waiting for monday & want Surtan to be killed by Jayanta bai or Sajja bai. all the best ...

..Pankhudi.. 6 years ago Looking forward to the shatranis sword fight on monday . Hope they show it !

..Pankhudi.. 6 years ago I want Surtan to be killed by Jayanta bai ! eagerly waiting for monday !

Intrepida 6 years ago cant wait to see her and the other Maharanis fight!!!

lipshaa 6 years ago Wow!!! If they r showing Real Sward fighting of Queens with Rao Surtan's Army, m totally watching that epi!!! M in!!
But if they will show only tricks like chillis, hot oil I'll be disappoint!! I really want sward fighting!!!

RubblesTinTin 6 years ago Yes, I am eagerly waiting for it!
I love this show...and looking forward how the three queens will handle this messy situation!

Alaya F on working during lockdown: Everything now takes 5 ...
41 minutes ago