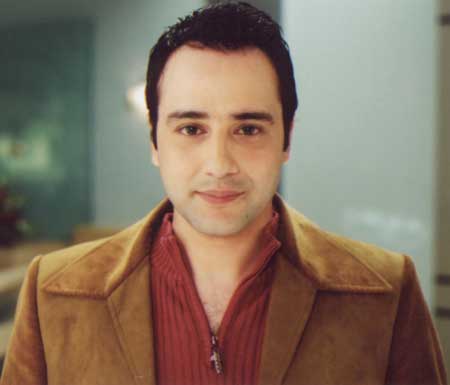 Mihir Mishra has been doing a few cameo roles and episodics but finally the actor is returning with a full-fledged role on small screen with Cinevistaas show Daag on Star Plus. He also talks about wife Maninee Mishra's cop's role portrayed be her on the same channel and much more.

Sharing the details about his character, Mihir says, "Yes, I'm playing an important role in the show Daag. Well I'm not allowed to talk much but all I can say is that we have started the shoot. The channel and production house is yet to decide on telecast date thus we are not supposed to reveal much about the project."

Mihir feels that the show's cast is very strong and thus can make an impact on the viewers as he says, "We have started with the first schedule shoot of the show from January. Though I'm not the main lead but the star cast is very strong. The show has Vatsal Seth, Sanjeeda Shaikh, Ayub Khan and Simone Singh in the show."

On being asked to Mihir about has he seen his wife Maninee Mishra's stint in the ongoing TV show as she plays the role of a cop in the show or not, this is what he says, "Yes indeed and I am very happy for her. Actually both of us wanted to play a cop and she is already doing that. Even I will be playing the cop's character in my new show."

Being busy with the daily soap schedules Mihir says that he and Maninee have given much needed time to the family and now is the right age to work, "This is the age to work yaar. I know I can run now but not after 70. Both of us had given time to family when it was needed. Now things are pretty well settled and getting managed properly, I'm sure about it."

So is Mihir looking out for working in other projects too? This is what he tells us, "Well yes I'm and will be okay with another daily serial too. I'm looking out for a performance oriented show which is out of the box. I'm all geared up for new challenges."

Daag is inspired by the story of the Bollywood flick Khoon Bhari Maang where the leading lady comes back from the death bed to take revenge. Let's see whether this show is able to grab the attention of the audience like the film did or not...

We wish Mihir all the best for his show!!

iamsenadam 6 years ago Wow! If Sanjeeda Shaikh is there then I'm gonna watch this!!! :D

it is so boring show ever at this time

not meri Bhabhi becuse it has more stuff to happen

-AppleOfMaEye- 6 years ago few months back i watched a part of Sanjivni...
n i loved yo character...

Effervescent_R 6 years ago Mihir's back!!
yippeee!!
I hope the show is not a cliche typical one but something interesting

Proud-India 6 years ago Meri Bhabhi or Saraswatichandra will be closed i think so.

Daag is most waited show from more then 1 year

'Naagin 5' To Welcome Two New Entries in The Form of Karan ...
7 minutes ago