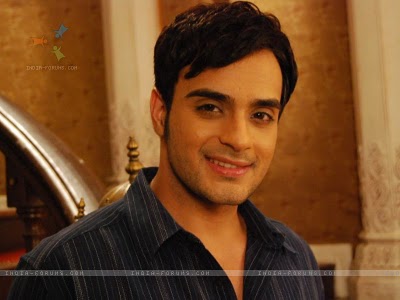 Angad Hasija was last seen in Life OK's show Savitri where he played the character of an Inspector but opted out from the show in between. These days the actor is not much seen in shows and parties too, so we called him to know as to what is keeping him busy.

When asked Angad about how is he training for his Bollywood debut, he explains, "I'm taking good care of my body. I am going to the gym and building up my muscles. Also I would be taking training in dance forms like salsa and contemporary. An actor has to be fit in everything so I've just started training for that. Though there is nothing in the pipeline but from next year I will start meeting people for the same."

Talking about Television, Angad wants to see himself in a completely new avatar, "I had received the same kind of offers that I've played thus I had to reject three shows. I've always done something different and this time too I want to do a role where I can see myself in an all new avatar."

When asked him about his dream role, Angad says, "Yes there is one and it's a romantic role. My friends and fans do keep telling me to take up a love story and if I get a good script, I would go for it."

Angad has not been seen doing single episodic shows, so when quizzed him about the same, he says, "I believe in doing quality work and not quantity. I'm not insecure as I have my family business. I've never done episodic and you'll never see me doing it. If you are seen everywhere, people tend to get bored of you and I don't want that to happen."

"I had and will always do good work. Also currently there are so many marriages and shop openings going on, I'm busy with that. The day I get good offers for TV series, I'll surely let you know," he concludes talking about his come back on TV.

We are sure Angad's fans are waiting for that day.

-ParidhiHolic- 6 years ago Yess yess so corct he said
We want him to b in Very Romantic Role now..
Though we wd luv to see him in ny role bt its tym now he shd do Romantic Role.. We realy alwz reqst him fr tht bt plzz dnt mk us wait more. Plzz be bck sooon plsss
Misng u.lodzzz
Luv u sooo mch
Angad Hasija..
Angyy..
Cnt wait fr ur Bolly.projct too

awida 6 years ago Angad Hasija is a talented actor. I hope he comes back soon in a lead role, or even in real show.

mayuri1990 6 years ago wow angad all the best nd waiting for u desperately...sme back soon

Kripa-banka 6 years ago Wow Angad .. m waiting for u
Plz come back.. nd for sure u vl rule on Bollywood also

ruexangel 9 years ago didn't recognise her...and i don't recall any of the other names either :S

and yes we need some fresh blood!
sometimes i wonder if these people really want to be actors, or just trying their luck coz they look good :P

aewa 9 years ago Why is all of Bollywood just extended family? We need some fresh blood!!!!

ROBlicious. 9 years ago she looks Like Christina From Burlesque!! So Purtiee.