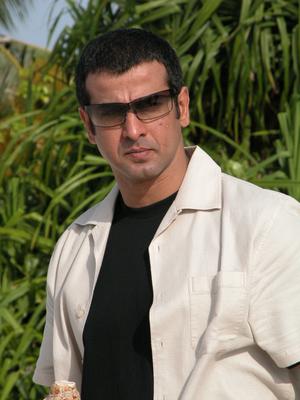 His versatility needs no justification. His achievements till date are sufficed to make him counted amongst the famous actors of both the industries: television and films. Yet actor Ronit Roy again proves his expertise in acting with every role that he picks.

His recent role hogging limelight is in the Bollywood film 2 States, which is an adaptation of Chetan Bhagat's novel of the same name. The film features Arjun Kapoor and Alia Bhatt as the lead. Though he did a special appearance in the film, the role that he enacted was short but crisp and important. So, how does it feel being a part of a good film?

"Well, it seems very good. Everybody from the industry called me to appreciate about the role and acting. I even received many laurels from my fans through social-networking sites like Twitter and Facebook," adding, "The greater joy is that the film has been receiving a good response at the Box Office as well. The film garnered nearly 38 crore in three days and hope it does well," says Ronit.

Though Ronit has been a part of many film projects, his film Udaan made him won many appreciations. He even won many awards for his supporting role in the film. Did Udaan bring some change in his life? "There was a slight change. Nothing drastic. I simply started getting better roles," he explains.

Now that he has enacted in various films, including That Girl in Yellow Boots, Midnight's Children, Student of The Year, Boss, Shootout at Wadala, we wonder what his criteria of choosing a film is as these films have been quite successful and he explains, "There is nothing strict as such. It's something that I feel from inside while seeing a script."

His upcoming films include Anurag Kashyap's Ugly and Subhash Kapoor's Guddu Rangeela. Sharing about his role in the film Ugly, he says, "I play a police officer here. The script is intricate and it's a dark film." The film is tentatively set to release during May or June.

Coming to his second project Guddu Rangeela; here, Ronit plays a negative character in the film. Without divulging much details about the film, he simply says, "It's a great script and I hope you all will love it."

This isn't the first time Ronit has played a negative role. He also played a villain in Boss, where he starred alongside Akshay Kumar. As we quiz him about his upcoming projects, he simply explains that he prefers taking one step at a time. So, besides these film projects, currently, he's busy with Adaalat which airs on Sony TV, a courtroom drama series on Sony.

You have enacted in quite unconventional films as well. Now that such subjects are finding a breathing space among the audience, do you think it's important for an actor to be a part of commercial cinema as well? "If an actor can find a good balance between the both, then nothing like it."

Being a part of the industry for so long, every actor encounters challenges. So, what has been Ronit's most challenging role till now? "If you see, every role has different challenges. For instance, in Guddu Rangeela, I will be facing language challenge, while in Boss, I had to undergo physical challenges," he remarks.

Before signing off, we ask if he has any piece of advice for the newcomers and Ronit smiles, "I have met and interacted with almost all the newcomers and I think they are sorted and don't need any advice or suggestions."

lipshaa 6 years ago I just love him in 2 state!!! Chotu sa role tha but still he looks so so convincing in that!!! &lt;3

AyeshaRR 6 years ago Nice interview :)
Ronit Sir You Are The Best...