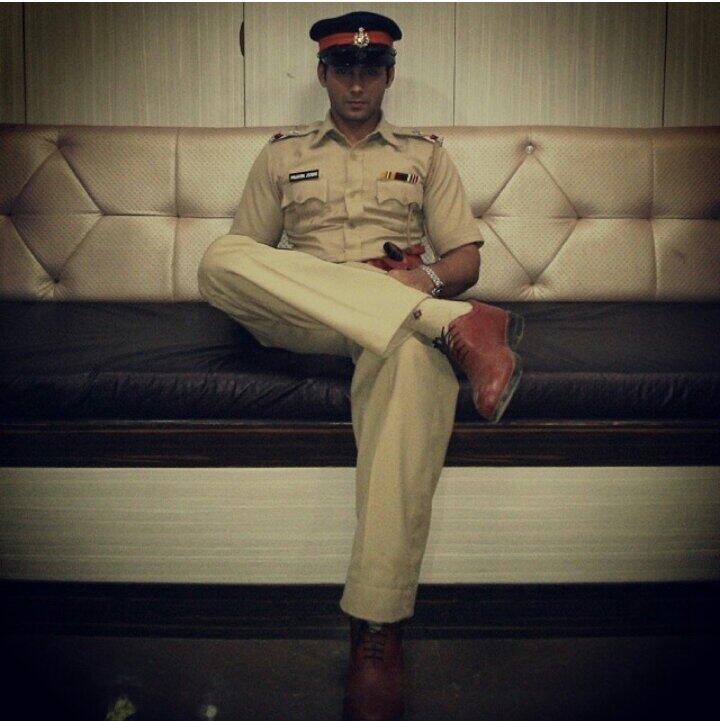 Handsome hunk Ruslaan Mumtaz who has just wrapped up shooting for his show Kehta Hai Dil... Jee Le Zara is all set to be seen in a new look in Sony TV's new show Encounter. Ruslaan who is playing a cop for the very first time on TV is excited for his portrayal of character.

Here is Ruslaan talking about his role and future plans...

Talking about his role Ruslaan said, "It is a very interesting role as I am playing the character of a young cop who has joined the police force a year back and its his first encounter case. He doesn't want to do encounter of any criminal but situation occurs where he is forced to kill the criminal at the spot. As my image is created of a lover boy I think that my new character will be a treat for my fans. Today when I shot for my cop's character I enjoyed so much that I felt that I am a real cop and I realized that if I have been a cop in real then I would have been a good cop. I did not wanted to do this role but my parents insisted me as they advised me that I shouldn't stick to chocolate boy image and must experiment different roles. And now I am really grateful to them for their advice. I gave my best and I am quite confident that I have done justice with my character in Encounter and I hope that my fans accept me for my new image and love me the same as they loved my for my lover boy image."

When we asked him about his interest in Television, he said, "Initially when I started my acting career I was more interested in Bollywood but when I received my first Television show I got an overwhelming response. I realize that through Television I can reach to all the houses. You get more exposure through Television as compared to Bollywood and so Television attracts me more as of now. I will never stop doing Television even if I get films."

So is he willing to do any fiction show further? He said, "Frankly speaking I am getting offers for various shows but they all are family dramas and I want to do a lover boy character not a typical husband character. And I recently I did a film and will be having a press conference where I will talk about the film."

TellyBuzz wishes Ruslaan Mumtaz all the best for his future endeavors!

Shubhakv 6 years ago Best of luck ruslaan for your future projects...waiting to see you in encounter...

Indomitable 6 years ago Well u always remain as DV for us.Ur chemistry with SG was outstanding who conquered our hearts. We want JLZ back with SG/RM as SaRuv. JLZ/SaRuv rox..

TheRager 6 years ago Thanks for the article on Ruslaan. Looking forward to it.

sree96 6 years ago Good luck Ruslaan for your future projects.

Nan08 6 years ago Good luck for your future Ruslaan Mumtaz.. awaiting to see you in Encounter :)

TheRager 6 years ago Thanks for the article. Looking forward to Ruslaan's episode.

skyforceguy 6 years ago am i the only one who thinks TB is obsessed with this guy?

fairy11 6 years ago Love to see u in this new character, best of luck for future

sabreen_06 6 years ago Love u ruslaan mumtaz
all the best for future projects..and i agree with u we wnt to see u as lover boy not like a typical husband character

ApoorvaFan 6 years ago all the best and even we r eager to see you soon in a nice show... lover boy role will be icing on the cake