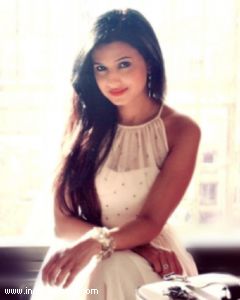 When asked Preeti about the same, she says, "It's a very strong character. My character will be a parallel lead in the show. In the show it will be shown that I am a career oriented person and I get into politics. I also belong from Pushkar."

Further she adds, "How I get connected to Sooraj (Anas Rashid) and Sandhya (Deepika Singh) is something to watch for. I can't reveal anything as of now, so do watch Diya Aur Baati Hum."

So will it be a love triangle in the show Diya Aur Baati Hum? To know more keep reading this space!

Ranjeeta_ 6 years ago Anas Rashid, you and Deepika are lovely as SoorajSandhya, too good, waiting for the new track :)

l-NiklausFan-l 6 years ago Thanks for the article TB :)) Waiting for the track!! Hope no PL in DABH !!!

maaneet-2012 6 years ago love you so much Anas Rashid and Deepika Singh the real best couple as SurYa in the tv. keep going with your charming chemistry.


All the best for the new track and new entries in the show.