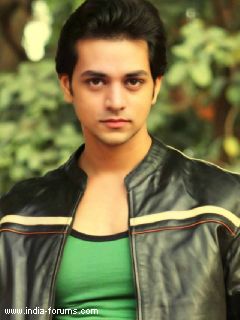 The good looking actor Shakti Arora who gained immense popularity amongst the fans with his character of Dr. Onir in Balaji Telefilm's Pavitra Rishta on Zee TV was recently roped in to play the love interest of Veera in Beyond Dreams' show Veera on Star Plus post leap.

Sometimes it happens that we plan something else but destiny plans something else for us. The same happened with the actor who was quite excited about his entry in the show and was all set doing preparations for this character. Recently Shakti was replaced by Ankit Bhatla and news is going round that Shakti was thrown out of the show because of his tantrums and also that he is still a part of the show.

TellyBuzz spoke to the actor to know more about what actually happened with him. Let's see what Shakti has to share with us.

Shakti says, "After Pavitra Rishta, I signed this show and in between the time, I was doing few episodic shows too. I shot for Veera in Mumbai for a day then at the same day, I fell ill and I took medicines which caused me allergic reactions. I was hospitalized and then I couldn't go out and shoot. The production people required me to shoot with them in Delhi but I couldn't shoot. They came to see me and the channel people couldn't believe on the production people that I was hospitalized. So, I sent pictures of mine being in hospital through the production people for the channel. They even waited for 2-3 days for me to recover but then they had to resume shooting so they replaced me with Ankit Bathla. Later on, they called me and told everything to me."

He further added, "Many people are thinking that I was thrown out of the show because of my tantrums and some are thinking that I am still doing the show. It was unfortunate for me that I missed out being a part of such a prestigious show. It was a totally different character which I had never played earlier and I had prepared well to play it while I was on a break. I was not allowed to fly that time because of my illness and that's why I couldn't go to Delhi. It's no one's fault as to whatever has happened. The production people waited for me and the channel too wanted me to do this role. I guess destiny has written something else for me. I and the production house both are ready to work with each other in future if something happens."

"I am fine now and currently looking for better roles," concludes Shakti Arora.

We wish Shakti all the best for his future endeavors!

-Ramya- 6 years ago wish u all the best shakti... looking forward for different roles of yours

afreenaamna 6 years ago you are the best Shakti Arora take care..

onirfans 6 years ago ur great , do not pay attentions what other said...ur fan always with u ...we know how u down earth person . so best up luck for ur bright future...iam sure god deffo store something best for u

gomathi2 6 years ago shakti u are great actor , don't pay attentions, what other people said, best of luck in future

l-NiklausFan-l 6 years ago Wow!! Ankit Badhla!!? Seen him in Bhagonwali... If the news is true then all the best for him :))

Afss_94 6 years ago You are a great actor Shakti. Hope you'll return soon with a bang :)

ParinConnects 6 years ago Hey shakti arora do come soon we miss you :)

ShaktifanSwati 6 years ago Best of Luck Shakti Arora...don't pay attention on dis on nonsense ugly negativity...waiting for u come back with bang... :)