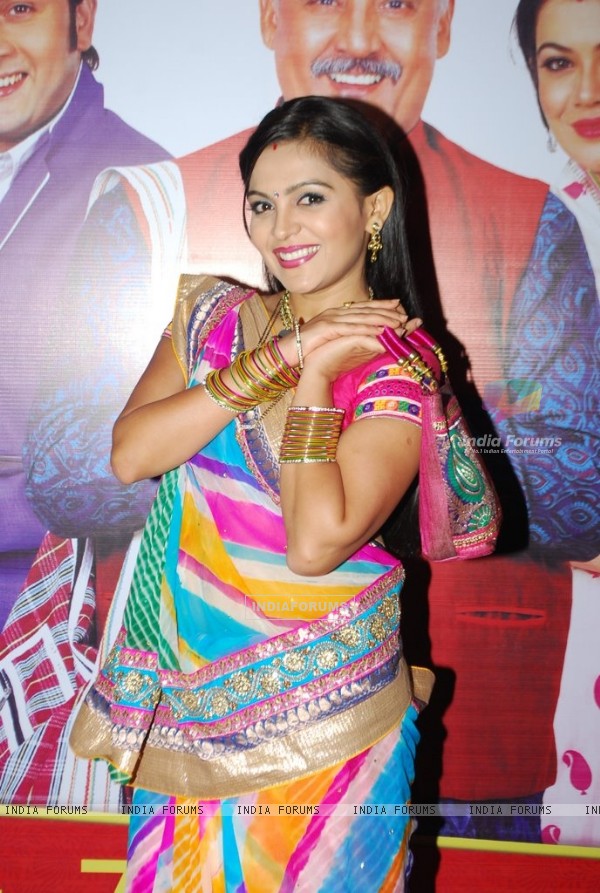 This yummy mummy is yet again all set to show her jalwa on the small screen with SAB TV's new show Tu Mere Agal Bagal Hai.

Read on for excerpts from the interview -

During the launch we heard the characters calling each other by names like Khakra, Basundi etc. What is the mystery?

'Gujaratis' are delicious people. I guess by having names like these it makes the characters even more likeable. Those who love khandvi they will love the character too and basundi because people already love Aparaji and basundi is a delicacy that everyone loves. That's probably what the writer had in mind.

What do you have to say about your saas Apara ji?

She is my saas of course but I love her a lot. Every moment that I have spent with her has become so memorable for me. We laugh a lot. When especially Aparaji is performing on the stage, we enjoy so much and audiences ko pata chal hi jayega once the show goes on air.

You have done quite a few shows with SAB TV Ami. How has your association been with the channel?

It's been very wonderful. SAB is like a family now. I really enjoy doing comedy but I have one request to the channel and everyone else linked to it that I want to do something beyond Gujarati characters also. I have only been put across as a Gujarati character only. I have never got a chance to anything besides that.

So Ami do you have the desire to portray a character in the mainstream fiction shows besides comedy?

Yes! I would really like to do something different apart from comedy. Like Aparaji said something which is very real when it comes to projection of that character, something which is very identifiable with the audiences; as an actor to perform something like that is genuinely very difficult. To get the real emotions out of people, to make them really cry is very difficult if I am enjoying myself playing the comedy character, people tend to laugh and enjoy too. But yes definitely I want to explore myself in the serious genres as well.

Well Ami this saas-bahu drama unlike the typical high voltage daily soap drama is surely something that audiences are looking up to.  But how well the show will do on the TRP charts and rule the hearts of the audiences is a wait and watch game.

Till then keep reading this space for more updates on your favourite shows.

MasoomaBukhari 6 years ago kittu was an amazing show

cooks09 9 years ago he looks like has gone out of his mind to say such a deteriorating statement.. motherhood is the best gift from god and he is really weird to even say such a thing..