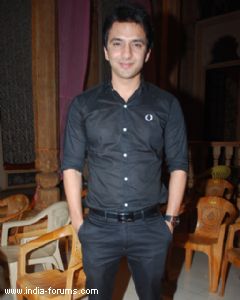 Ali Mercchant was last seen in an episodic of Like OK's show Hum Ne Le Hai...Shapath. Prior to that he  made a brief appearance in the reality show Bigg Boss Season 5 where he married his girlfriend Sara Khan and later broke up with Sara.

When asked Ali about his current plans, he says, "Well, currently, I'm busy setting up my business and heading a chemical plant. For this I've to travel all around the world thus I have been out of the limelight. Right now I don't want to focus on acting, may be after a year I would."

He wants to leave his controversial past behind and adds, "Thank god that I'm out of all that. I am not involved in any of the controversies now and this is kind of a fresh start for me. To be frank now I'm very much cautious of what I say and do as I don't want all that to come back. That's why I have never attended any parties or awards. I want to focus on my business. Those days are gone and I feel relieved."

He had to decline many offers for the TV shows as he wanted to focus entirely on his business, "Not few but kind of lot. I actually got 5 to 6 offers from prime channels to play the lead but again I had to decline those due to my business commitments. I don't want to name any because right now I am too caught with my business related work," replies Ali.

On being asked about what has been his top most priority, Ali tells us, "Right now my priority is my business. Acting has never been my bread and butter. I've always stayed in Mumbai and I very well know that without acting, I can still stay here. I will definitely take up shows as I love acting but only after I'm assured that my business is all set."

After his hurried marriage last time, Ali is not in a hurry to get married as of now and is happy being single, "Earlier, I never use to plan my life but now things have changed and I've started planning my life well before. Right now I'm just 28 so when I turn 30; I'll get married, and by the time I'll turn 34, I think I should have my first child. Thus by end of 2015 I'll definitely get married but this doesn't mean that I'm seeing someone. I'm very much single," quips Ali.

ArhanAngadholic 6 years ago he said dat he is enjoying single life n at the age of 30 he will get married n by the age of 34 he is planning for 1st child :p thnx ali fr giving a dose of laughter :D

Mohabbateinn 6 years ago when did he change the spelling of his last name... :o