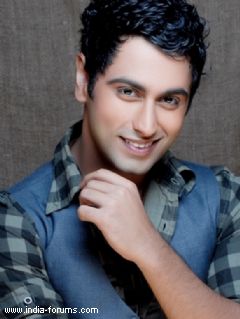 TellyBuzz spoke to the actor to know more about his experience playing the character, his views about the character and future plans post the show.

We wanted to know from Ankit that is there anything he would like to change in Mayank? When asked Ankit about the same, he replied, "Mayank should be little rich. He doesn't have a car. If he will become rich he will get a car to drive, his own office and a cabin. Also he wants to travel abroad so that we will get to shoot at some amazing locations (laughs)."

Talking about his future plans, Ankit told us, "My dad has started a hotel in Delhi and he wants me to handle it. So, after this show, if not acting then I will be looking after the hotel business of my dad. I want to get back to our hotel business."

PROTIM21 6 years ago You are awesome as Mayank.. Nice article TB..

Delnaaz Irani speaks about entering Choti Sarrdarrni, her ...
24 minutes ago

Madhrima Tulli & Ssharad Malhotra starrer “Pasta” gets an ...
43 minutes ago