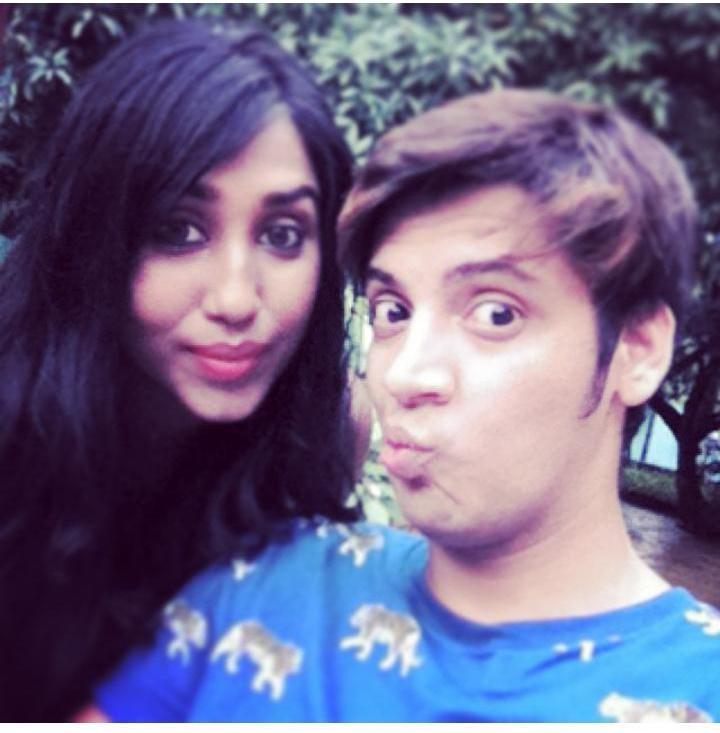 MTV India's popular show Kaisi Yeh Yaariyan is captivating the attention of the audience with its eye catching concept and youth oriented storyline.

The show which projects the story of 5 friends has introduced many new faces in the show by bringing many twists and turns. One such face is Scarlett who was seen in MTV Splitsvilla Season 7.

Well her buddy Ayaz it seems is quite happy for her as she will portray the character of Ayaz's girlfriend in the show.

We got in touch with Ayaz to know more about his bonding with Scarlett and he says, "I met Scarlett in MTV Splitsvilla Season 7. There is something about this girl that attracts you, she is friendly, outgoing and fun loving. If a girl is nice then the bond of friendship starts getting stronger. As the casting people were looking for a character which will suit as my girlfriend, so Scarlett was roped in to essay the role."

"I have met almost all the people before who were working in Kaisi Yeh Yaariyan and above all it is a bunch of young guys so we all have fun and during our free time we keep playing prank and pulling each other's leg," ends Ayaz.

SugarDream 6 years ago Ayaz ahmed is amazing as cabir in kaisi yeh yaariaan!

ShivaayAnika 6 years ago You guys rocked in splitsvilla s7 and continue to rock in kaisi yeh yaarian :)

Ayaz Ahmed you are Perfect as Cabir in KYY :))

samicute 6 years ago I like scarlett in splitsvilla...but let's face it...she's a let down when it comes to acting.

U SCARLET LOV U IN SPLITVILLA

Targaryen-gal 6 years ago I like scarlett in splitsvilla...but let's face it...she's a let down when it comes to acting.