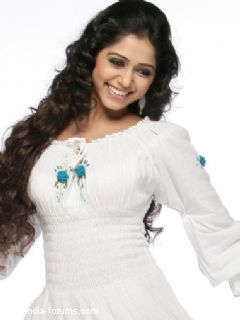 Popular actress Yashashri Masurkar who has won audiences heart by portraying different characters in various shows and now is seen in a negative role in Do Dil Bandhe Ek Dori Se, apparently is being criticized by the fans for her on-screen character. So we got in touch with her to know more about her experience of playing this character so far in the show and her reaction towards the same.

Here is Yashashri talking to us...

Yashashri says that she finds it challenging to play the negative character on-screen, "It's been a wonderful experience so far. I am loving the cast, the production people and moreover my character. Initially, it was little difficult for me to decide playing a negative character after playing too many positive ones. Eventually, I learned that its more challenging than playing a positive one because I have got a lot to do; showing positive as well as negative both the sides. It's fun playing this character because she keeps doing one thing or the other which I am enjoying."

It was not at all difficult for Yashashri to play this character as the team helped her and also she took an effort to get involved into the character, "I started with the show immediately after my audition and I worked upon my character a lot. I have tried to do something different in each of the scenes. It wasn't that difficult for me because after I was narrated about my character, I understood it well and even my director and the creative team helped me a lot with this," she avers.

So, is Yashashri too getting hate mails from the fans for portraying a negative character? Well, yes she is and the pretty girl is quite enjoying it as she says, "They hate me and I am simply love it. I am getting comments full of hatred and I am loving it because it symbolizes that I am doing it successfully."

Yashashri is very much enjoying her off-screen life on the sets as she was already familiar with few people and says, "I already knew few people here because I have worked with them earlier. I have worked with Shubhangi Latkar, my Director Sir and Asst. Director. It's an amazing set where we eat, laugh, talk and sing together," the actress says.

When asked Yashashri, whether she is getting any other offers and she says, "Yes, I am but currently I am too busy doing this show and I want to continue with this. I will take up something else only after this show."

Keep up the good work Yashashri!

yliluz 7 years ago Yashashri Masurkar you are doing an awesome job as Sumitra.

+ 5
7 years ago Yashashri you are doing an awesome job as Sumitra
Sumitra is amazing and mindblowing and has become our jaan...
Love you Yasha!!!!

+ 5
7 years ago keep Rocking Yashu..best of Luck for your New show

7 years ago Thanks IF for the interview n Yashashri is doing really good as Sumitra n we are loving her being bad...

7 years ago Wishing you lots of luck and a bright future ahead Yashashri Masurkar :)

+ 3
7 years ago Yashashri Masurkar love you very very much. Loving Sumitra :) Thanks for the article Anwesha :)