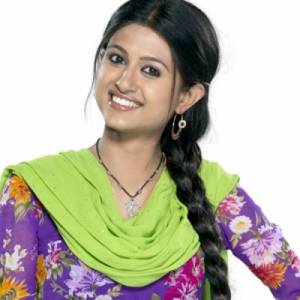 The main protagonist Bani (Shefali Sharma) of the Colors show, Bani - Ishq Da Kalma is coming back to amaze the viewers as she will be seen in a new avatar in the show. The pretty looking actress will be seen in a glamorous look and will change her identity in the show as well.

To be seen in a glamorous look, Shefali's new avatar is all set to bring an interesting twist in the story of the show Bani-Ishq Da Kalma, "Yes, I'm coming in a glam look and my character will be called as Maya. She was lucky to escape through the death and hence she is returning to take revenge from her husband Parmeetji (Gaurav Chaudhary). I can't reveal much as there is a lot of drama in the coming episodes," she says.

Shefali says that during a party sequence in the show, Maya's character will be introduced in the show which will be interesting for the viewers to watch, "The track will be focusing on Mugdha who will throw a party and co-incidentally Parmeet and Maya will come face to face during the party.  In the later episodes there will be a romantic track but with lots of twists. I love my new avatar and am very happy with it."

As Parmeet and Bani's on-screen chemistry is liked by the audience well, when we asked Shefali about her off-screen chemistry with Gaurav on the sets of the show, she says, "We are good friends and chat whenever I get time. Gaurav is easy to gel with and we have a gala time on the sets."

We are eager to see your new avatar Shefali!

+ 2
7 years ago pls cvs save us frm bani torture...shefali is a pretty girl bt that wont b eniugh to entertain d viewers...pls want more rajji scene...neha is a gr8 actress dont want such talent to b wasted on a stupid revenge track!

+ 2
7 years ago Shefali Sharma you rock in this show ! finally I want see Bani strong, not always cry.

7 years ago along with banis new track in modern avatar we request cvs to give more soham n rajji scenes...sohum-rajji pair is main reason for still watching this shw...its very sad to see that soham is sidelined these days..want 2 c more scenes of soham

asha-love3 7 years ago As Parmeet and Bani's on-screen chemistry is liked by the audience well" i think this sentence is a mistake...because we only love rajji and sohum chemistry...but cv not want more soji scenes...
But want see bani's new avatar...hope bani will be strong

7 years ago Sheffali still needs to prove that she can act. Hope this Maya avatar will do her good and bring out something good in her!

+ 3
7 years ago Shefali, you were always pretty as Bani. Hope to see a convincing story on how you trick and take revenge from Parmeet

+ 2
7 years ago All the Best to Baani. But revenge tracks now a days bore a lot as its the most seen plot. Hope the makers have something different stored in for the viewers.
Well..Rajji & Sohum rock in BIDK..they are just so awesome & natural.