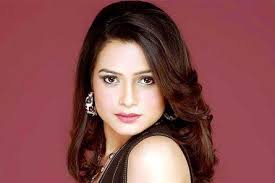 Film Farm Productions popular show Uttaran on Colors is heading with its new storyline and will introduce new set of characters. While the audiences have seen that Meethi meets with an accident and lands up in another country Pakistan, there will be major twist in the tale when Meethi will be taken care by the Muslim family.


As per our sources we came to know that two new characters Samiksha Bhatnagar and Krip Suri will enter the show.

We decided to get in touch with Samiksha to know more about her character and she says, "I will be seen in Uttaran as Zubaida and Krip Suri's wife who is a terrorist. I am playing a positive role.  My character is that of a loving and caring lady who respects their relationship. For the world I am a bad person because I am the wife of a terrorist but in real Zubaida is a girl with a golden heart and take things positively."

Taking about the variations in her character Samiksha says,  "I am excited and looking forward for this role. In Kumkum Bhagya I played a negative role which didn't work out, this time I am coming in a positive role and I hope the audience would love it. I personally like variations in my character, it doesn't matter to me whether its a lead role or non lead role. For the first time I am playing a Muslim girl in the show so I am looking forward to wear a Muslim attire and learn the language."

When we asked Samiksha about the reason of not doing a lead role she says, "Nowadays lead roles are mostly played by 18 or 19 years old girls so If I get an opportunity I would definitely take up a lead role."

We wish Samiksha good luck for the show Uttaran!

-Sud- 6 years ago Hope the story would be good in Uttaran !

Lady_Impala 6 years ago krip suri. now will watch this drag fest just for you.

tinafans 6 years ago Good one Samiksha.But Uttaran is a crap no one can bring life now ..Hope it ends.love only and only tina dutta

loveyouichcha 6 years ago Welcome to the show. Hope for positive story line