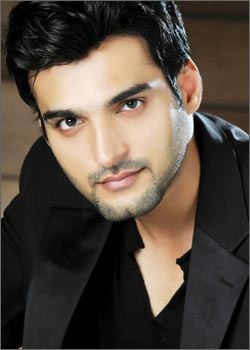 TV's dashing actor Gaurav Chaudhary who is currently essaying the character of Parmeet in Color's popular show Bani - Ishq Da Kalma, believes that he is completely opposite in real life than Parmeet which he is playing in the show. His dream and goal is to become a film star for which he is trying hard. He is very happy with the choices of the shows he has acted in as it has helped him to shape up his career well.

We got in touch with Gaurav to know more about his character in the show Bani - Ishq Da Kalma, reason why he was not chosen to play the lead in one of the popular shows and more.

How did you bag this show Bani - Ishq Da Kalma?

It's a quite funny story and a very interesting one, last year somewhere around in March when I was at the Chandigarh airport returning from my shoot at that time Damini Kanwal Shetty saw me at the airport and she thought I was an NRI. Later she approached me and started asking that what I do. I told her that I am an actor. So she told me about the show which she is going to make and asked me to come down to Mumbai. I felt very happy as I was already residing in Mumbai and saamne se was getting offer. So I came to Mumbai to give my audition and I got selected.

Your character Parmeet initially had a grey shade and now it had turned to be a positive one, so which role you like the most and which is more challenging?

Well, initially my character was shown to be that of an NRI guy who gets married to a village girl. He is very sweet loving husband at the beginning and after getting married he abandons his wife. After a certain point my character turned grey actually I was not playing a negative character but it was an anti- hero character. When I was playing a grey shaded character I felt were weird and bad that I am being so cruel to a girl whom I can never do bad in my real life. Now again my character has turned positive. But as an actor I have to do various role and many of my friends told me that Gaurav it doesn't matter that you playing a negative role or a positive until you give your best. Basically after six months working in this show now I have started enjoying my character more not because it has changed but because now I have got into the skin of my character. I had to do pre-planning about enacting a particular scene but now as I have understood the requirement of my character, acting comes naturally. Basically I have always played positive characters in all the shows and when I got this anti-hero role I was worried that will I be able to give justice to this character or not. But things worked out and I hope that things go smooth even in the future.

Do you relate to the character of Parmeet?

I am completely opposite as compared to Parmeet in real as I don't believe in domestic violence on women I will never do in my life. I respect them a lot in real life.

How was your first experience with your co actor on sets of Bani - Ishq Da Kalma?

Best part is that most of us are Punjabis and so it brings the essence of authenticity in the show and yes we have lots of fun on the set, so when I met them they were very nice to me and now we all have become like a family. 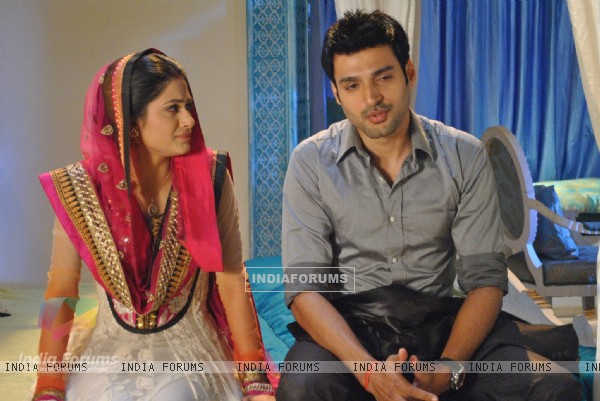 As you are an experienced person in this industry and have done many shows before, so how do you look up to your co-star Shefali Sharma who is a new comer, do you find any difficult in working with a new comer?

As Shefali was a new comer, when I met her for the first time I found her to be very innocent and honest person. I didn't find any difficulty in working with her as she is very dedicated and hardworking actor. Initially she was a very quiet and shy kind of a person but now she has opened up and has become chirpy which is nice. So yes she is a very talented person and a nice person by heart.

Out of all the shows you have done, which show is closer to your heart and why?

After your show Sapno Ke Bhanwar Mein ended, how did you utilize your time till you got this show Bani - Ishq Da Kalma?

I was doing advertisement for various well-known brands like American Tourister, Toyota Innova Car and many more and of course side by side I was giving auditions as well. Basically my goals are very clear in my mind, I have come down to Mumbai leaving my parents and home town to become something and I knew that I will have to struggle to achieve something good. So I kept on trying and I believe that brand matters a lot to build an image, like if you work for a good brand then obviously your image will be good. Colors is a very popular channel and so working with Colors is a very good choice and I know I will get more fame with this channel. I have already worked with all the good shows on popular channels for which I have no regret.  So this is how I utilized my time. I kept my focus on my work and towards my goal.

You were finalized to play the main lead in the show Rishton Se Badi Pratha, but later it went to the other actor, why?

It's a very painful story; I was finalized for the role of Abhay who was the male protagonist in the show. In fact I signed the contract also and was waiting for the shoot to start. But unfortunately they thought that I am not fit for the role and someone from your website (India-Forums) gave me this news that I am replaced by some other actor. But that was completely alright as this is how life is. There are ups and downs in everyone's life. Now I have got a chance to work in such a great show Bani- Ishq Da Kalma which is doing very well.

Are you keen to work in Bollywood?

BullsEye777 6 years ago I kind of like his expressions and the way he talks :-) And this serial was good for him as he could portray so many different shades

Avika.Gor 6 years ago Same love interview. I start to like him as Parmeet a lot. Hoe that soon we will se more romantic scenes between Parmeet and Bani. Gaurav Chaudhary keep rocking.

preity_d 6 years ago I like Parmeet aka Gaurav's way of delivering dialogues, it's stylishhh

MusicMuse 6 years ago Loved the interview. Very honest n nice guy, he seems to be.

angelic.pari 6 years ago I really like permeet n bani's couple.. as in gaurav n shefali