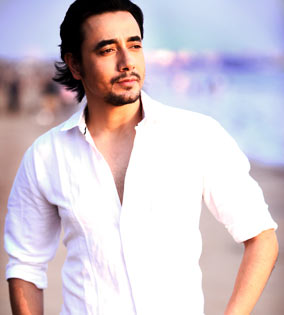 RJ Mantra, who was last seen grooving on the dance floor of popular celebrity dance reality show Jhalak Dikhhlaa Jaa Season 6, will be seen in a different avatar this time. He will be seen hosting the reality show India's Got Talent 5 on Colors.

Here is RJ Mantra who speaks about hosting the show, coming across some of the talented people across the country and much more...

It's amazing to see such talented people on this stage - We all are doing lots of masti on the sets and we have got to do everything on this show like putting fire on ourselves, diving into the water, climbing to the mountains and doing stunt without harness at a great height, what else anyone could ask for? We have shot for an underwater sequence and the kind of talent that we have come across through this show is really praise worthy as it has come from all the corners of India and it is for those people who were not being noticed yet, it's amazing to see such talented people on this stage. With such  great talents it makes us wonder that our country has so much to offer and I hope that there should be more shows like India's Got Talent around.

I am the voice of people - Bharti Singh and I being a part of the show is itself a fun element added to the show as we both come from a similar background. We are opposite to each other on the show as much as we are alike. Bharti is much involved in fun and masti while I am little opposite to her. I take care of the fact that I am not only an anchor but I am the voice of India because the judges are judging the contestants and we form a very good bond with the participants who are participating in the show and they know that I am also one among them who has come from a small city like them and have reached here after doing lots of hard work.

Fun element will be there in the show for sure but it's not a comedy show so not much of concentration will be given to comedy. It's going to depend on the situation as when to support the contestants and when to add some fun element in the show. I have even fought for someone when needed so I am the voice for my people.

Well, we wish all the best to RJ Mantra for his hosting in the show India's Got Talent 5.

+ 6
10 years ago These 2 look great togethere. Thanks for sharing would try to grap a copy of ths

Shalma789 10 years ago Amir has those looks of a villian so i can't wait to watch his performance n Dhoom 3. They make a great couple and he loves her... as far as his affection goes.

10 years ago dangg no offense buh they look uglyy haha

well dhobi ghat was an inspiring, and best of all realistic movie...better then bollywood copy cat movies and trash

kiran9g 10 years ago He truly is a perfectionist and I saw Dhobi Ghat, which was not a masala movie, but it was really good and worth watching!! Hope Kiran Rao makes more films in the future.

10 years ago I didnt watch the full movie, but the first 40 mins was veryy boringgg.. neways but i just love Aamir Khan and he has been my favourite since childhood!