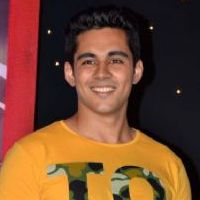 TellyBuzz brings to you the Spooky and Uncanny column with your favorite Telly stars and tries to find out their beliefs in supernatural and their brush with the uncanny! This week we have Abhishek Bajaj with us, who is currently playing the role of Ishaan in Star Plus's Ek Nanad Ki Khushiyon Ki Chaabi...Meri Bhabhi.

I don't believe in supernatural but I feel that if God is here there might be some supernatural activities existing in the world too. There must be some positive as well as some negative energy too.

Craziest horror story you have ever heard?

There is a place in Kailash Colony in Delhi and we used to feel that it's a haunted place. One day, some of my friends and I decided to go inside that place and then we heard a sound of payal coming from there. Then a person came running to us and seeing him petrified, we all ran away from there. There weren't any supernatural powers in the Colony but there was a man who resided there and to stay there, he used to do all such activities to scare people.

I generally don't get scared easily. I believe in supernatural things if they exist as there must be some logic or scientific reason hidden behind it.

Which I did with my friends in Kailash Colony.

7 years ago love u as ishaan on MB u and the entire cast are awesome!!!

+ 2
7 years ago Meri Bhabhi is a great show!
thanx for this article TB