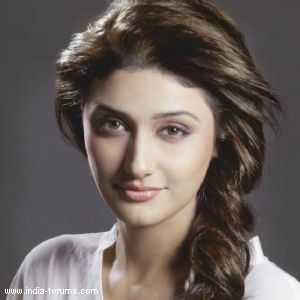 She was last seen in a full-fledged role in a fiction show in Sasural Genda Phool on Star Plus and that was around two years back. Ragini Khanna is however still etched in the minds of the viewers and her fans who want to see more of her. While she has been seen hosting reality shows on TV the actress however does not seem to be in a hurry to take up any offers especially if they are for a fiction show that are coming her way.

"However, it is not a conscious decision to stay away from doing Television. After all, it is TV which has made me what I am today and I can never say no to it," says the plucky actress who has a charm of her own, "Thankfully, I have been getting lots of offers and the best people from the industry are calling me and I feel blessed. I too am very much interested in doing TV shows but unfortunately whenever there has been an offer that I am interested in doing I have been busy with other work commitments due to which I have to decline the offer. It is only because of dates and time commitments that I have had to say no every time."

She also refutes rumors that she has signed an Ekta Kapoor show. "No, I have not signed anything for TV as yet." Ragini along with being an excellent actress has been looked up as a great host too for TV shows and that is something she says she is looking forward too, "I don't mind hosting shows too. As I said I don't mind if it is TV or Films, the work you do has to be good and appreciated by all is what is important."

She had a Punjabi film Bhaji in Problem releasing in November last year which received rave reviews and a positive response from the audience as well as the industry. Talking about it Ragini says, "It was a big hit and I was very happy about it. It was a great feeling."

Ragini who has earlier also done a Hindi film Teen Thay Bhai bagged a Hindi film Ghoomketu produced by Phantom Films. Anurag Kashyap who is also the producer of the film will be seen in a full fledged role of a cop in the film touted to be an out and out comedy.

Not ready to reveal much about the film Ragini maintains, "Yes, it is a film which falls in the comedy genre." She is apparently paired opposite Nawazuddin Siddiqui in the film, whose work has been highly appreciated recently. So how was it working with him? "He is the loveliest actor I have ever worked with. I have learnt so much from him."

We wish Ragini all the very best for her future endeavors and hope to see more of her on screen!

Sandy-Naz 6 years ago i love ur work in bhaji in problem,u spoke punjabi excellently..
always love ur work ragini..
best of luck or future projects...
love u.

_Procrastinator 6 years ago @Budtameez : loved ur comment.
If Only people considered her In the same League :( no one even asks bout Her now.

PyaarDostiHai 6 years ago Ragini Khanna rocks! Hope to see you in another show soon!!!

Budtameez 6 years ago Ragini Khana is in the same group of excellent actresses and wonderful human beings Dhami Drasti, Sanaya Irani, Rati Pandey Etc...
I would like a wife, friend or even a sister like Ragini Khana, She is so bubbly and happy-go-lucky that nobody around her could remain sad for long!

abhi786 6 years ago Ragz missing you on TV.. But happy to see you in family & getting new projects... Best of luck, come back with a different good show...

..Khaleesi.. 6 years ago ragz! miss u a lot in tv :( good luck for ghoomkhetu... stay happy blessed! success will shower on u! good luck!

Siddhi_ 6 years ago All the best for this film Ragini. And I really cant wait to see you back on TV, hope this year this wish will come true :)