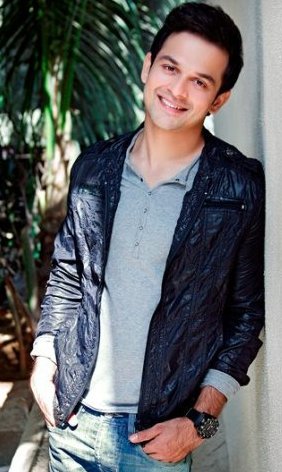 His work as Kunal in Ek Nanad Ki Khushiyon Ki Chaabi...Meri Bhabhi was much appreciated by the audience. The charming Ravish Desai who comes from a corporate background had just had a film release when he took up his first Television assignment with this show which became a huge hit. However, the show is coming to an end and here he speaks about his experience in detail.

We can hear laughter and non-stop chatter in the background as Ravish Desai tells us how he will miss all this from tomorrow onwards. What will he miss the most? "Currently, everyone is in a happy mood as we are shooting for the happy reunion ending for the show but I am sure I will miss all this after the shoot wraps up. I will remember fondly every experience that I have had here while shooting - the fun moments, the shaadi scene, the reunion sequence, almost everything. Even the off camera bonding that we all had... it was like a family unit, the fun atmosphere on the sets, the laughing and all... there is no one specific thing I can mention but all of it will be surely and sorely missed!"

However, Ravish is sad and happy at the same time. Ask him why and he says with a smile, "I have mixed feelings about today being the last day of the shoot for Meri Bhabhi. I feel sad because it started so well with the story becoming exciting too but happy also because that the ending was on a good note. Despite being a newcomer I was so lovingly accepted since my character turned out well for which I am extremely happy. This was my debut but everything fell in place."

The show coming to an end was a shocker for everyone and Ravish too. He shares with us that moment when he came to know about it. "The news that Meri Bhabhi is coming to an end was a little unexpected. None of us in the cast knew anything and the TRPs were good too so it was surprising and very abrupt for all of us. I remember that day when it was around 11:30 in the night and I was about to go to sleep when I received a mail on my phone informing me about the show coming to an end. Needless to say it was a sleepless night for me. It was an unusual surprise but I didn't get into the reasons as to why it happened. I believe that all good things have to come to an end for some reason."

It is good to note that Ravish has taken the entire experience in a very positive spirit and claims to have gained a lot with the show, "I have had tremendous growth as an actor from my first day at shoot till now. There are technical aspects like lights, camera, performance, taking pauses as an actor that I learned while working on the show. Also the experience of working with excellent senior actors like Kukuji (Kanwaljeet Singh) and Supriya Pilgaonkar was quite motivating."

Ravish also shot for a shaadi sequence in the show which was a first time for him, but he is not yet ready for a real experience of the same, "It was a phenomenal experience to have a shaadi in front of the camera which captured so many small yet tender moments between Shraddha (Kanchi Kaul) and Kunal. With the background music and all it was a totally filmy and romantic experience and I loved shooting for it. In real life though I don't think I will have so much of taam jhaam in my shaadi. In fact my parents are cool and chilled out and are not even pressurizing me into getting married and all. In these matters I am lucky that we have similar 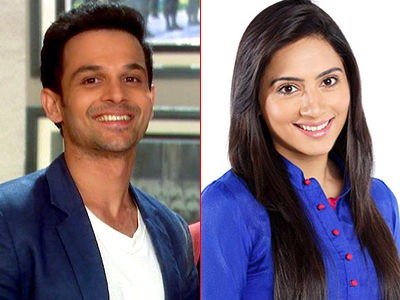 thoughts. Currently, my focus is on work which should keep on going so that I can entertain the audience."

And what are his upcoming plans? "I don't like to plan but live one day at a time. As an actor I am open to both the mediums whether it is Television or Films. Films are a very big gamble and if your first film works you are a hit and can do more but I think Television is more secure. TV is way larger than films when it comes to connecting to the audience since you are seen 6 days a week and the show can go on for a year and more. The audience can relate to you through your character and the reach is global and humongous. Whether I get a film or a TV show my aim is to scrutinize and understand the character before agreeing to do it."

For those who want to see more of Ravish, he promises to come back soon with something new. "I have not got any film offers but yes, TV offers are coming my way and I am considering couple of shows that I have been approached for and might just finalize one of them soon. However, I will not take up anything just for the heck of it. I want to do a character which is a little different from what I have done earlier so that it is not monotonous and repetitive. I want to relate to the character. I also don't want to do a show which is already on air and I would rather do my own new show which will be fresh. I will start going for meetings now that the shoot is getting over."

Well, we wish you all the best for all your future endeavors Ravish.

7 years ago Ravish Desai u was best as kunal in Meri Bhabhi.No one could have played Kunal better than you.Sad that Meri Bhabhi is ending, willl miss you alot.All the best for future

7 years ago Going to miss you and good luck to whatever project or venture you head into.

7 years ago So tonight we will watch the last episode of MB. But Ravish Desai its gonna a new beginning for you.U deserve all the success in life.

7 years ago Im heart broken the show is ending but you all will remain in my heart foever, especially kunal

7 years ago Apart from being a fabulous actor he is such a genuine person. Just love him!!!
Hope to see him back on TV really soon <3

7 years ago You are a great actor n a very honest person. I m really gonna miss you alot. love u ravish desai.

7 years ago Ravish Desai, you will surely be missed.. :(

7 years ago Ravish Desai & Kanchi Kaul you both are magical & perfect as ShraNal &lt;3

+ 2
7 years ago
Ravish Desai,all the very best for your future.