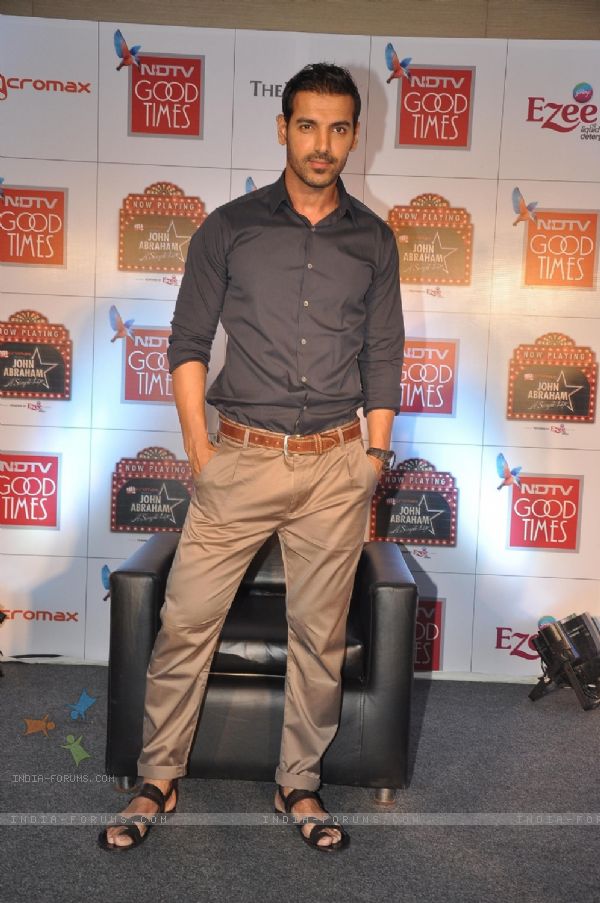 The 4 part series John Abraham: A Simple Life on NDTV Good Times is a no-holds barred, no make-up and an honest attempt to bring to audience the life of John Abraham with all his emotions and insecurities on display.
Here he speaks about how the show was conceptualized and what the audience will get to see in the show.
What kind of show is it?
The show is all about how I live my life in reality. The viewers will get to see what do I do, what I eat, how do I behave with others, etc. Basically, whatever you cannot see of me as an actor in front of the camera you will be able to see in the show. Actors in front of the camera stage it all but this is a natural show. It is very real show and people will come to know that John Abraham lives a simple and normal life. The show will speak about my background and also nothing is staged. I am without any make-up and it is a totally honest show.
From the glimpse of it, you seem to be leading a very simple life...
To be honest, yes. I don't have too many clothes so I repeat clothes. I feel that if you work on yourself more you don't need to keep on changing. When I check my wardrobe I don't take much time coz I have 2 trousers, 4 T-shirts, 3 shirts and 2 jeans so I use them various combinations and have no qualms in repeating my clothes. I keep it very simple and basic and my clothes can fit into one suitcase. This is honestly my life and how I live.
I drive a Maruti Gypsy and when I went to buy it I was asked whether it is my pilot car to be used by my security and I told them that I am my own security and I don't need extra security. So it is good to lead a simple life since an actor's life is very uncertain and tomorrow you may not be at the same stage where you are today so the way you conduct with others should not change. Actors who today walk in an entourage with bodyguards around don't know what happens when the career gets over, then it is difficult.
How much access have you given to the show and how apprehensive are you about the reaction?
I am not apprehensive at all and I have given access to my house and my bedroom, in my private areas. It is a very normal show which will show how I live my life so I may also be seen in my boxer shorts. I never at any point felt that there was a camera on me. The director Visahl is a close friend whom I have known for 15 years so even when we were shooting I felt as I was hanging around with him. It was a simple camera and I didn't even get to know that he was shooting but the results were fantastic.
I would also like to add that we did not take advantage of any friendship that I have with other people in the industry. During the shooting of this show I was working a lot with Akshay Kumar for Desi Boyz and he is someone I really love and am comfortable with him. I banter and talk with him so some portions are with him. Then there is Genelia D'Souza, Chitragandha and my relationship with all of them. I am also close to Abhhisek Bachchan but I was not shooting with him and we never staged anything on purpose.  The intention was never to make a documentary... we just started shooting and banking. 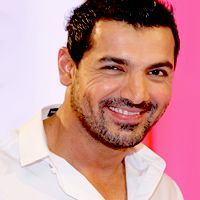 Share some moments from the show..
We have been shooting this show from since Force released so for the past 2 years we have been shooting for it till now. I remember two years back I was celebrating Diwali in my house and putting diyas all around and when I saw that on the show it was a very scary moment because I realized I was all alone in the house on Diwali day and I felt sad for myself. When I was shooting the show I was very normal as we were talking and walking around but when I saw the shoot it was kind of depressing since it was real. It was a truthful and memorable moment since I feel that sometimes we actors are so lonely despite being so famous amongst the masses.
I have also shown my emotional side when I have practically cried and I am depressed in some portions. My director is a very smart guy since there were times I didn't know that he has captured these moments till I saw it and we decided that we will show it to the audience even though they may be embarrassing for me.
Wasn't it a bold decision to reveal all in front of the on camera?
There is nothing in my life that is very shocking and I wanted to show people the real part of my life. On the show I have spoken about my struggles too so it is a no holds barred show.
In real life, I have dal chawal and dal roti too since many people think that if I have such a good body I must be having some magic potion or doing something different but I lead a very normal life is what I wanted to show to people. So there is nothing shocking and there are many personal moments because when I started the show I was going through a lot of transformation in my life - from being an actor I wanted to be a producer and I had 3 flop films to my credit.
In 2010 there was even an article in the paper that John Abraham is over and then Force released, followed by Desi Boyz, Vicky Donor, Shootout at Wadala, Madras Caf, etc., so we shot the show over 2 years during which time I even had successful films. It was a co-incidence, but that was never on our mind. In fact the show starts with a critic saying that they loved Force but it is not as much about my films but it is about my personal life and that is the beauty of the show. It has actually turned out very interesting since it is about an actor's life.
What should your fans expect from the show?
The biggest misconception that a fan has about an actor's life is that actors are not reachable. Each actor is very different and I can only speak for myself which is that people with me you will probably feel that you can reach and touch and sit with me and have a meal since that flexibility comes across in this show that John Abraham can be anybody's friend and is comfortable with everyone. I feel odd when I have to mingle with my own fraternity and I lead my life like my audience does and not like an actor and that comes across very very clearly in this show.
So how do you keep yourself real and grounded?
My lifestyle is very very real and you have to watch the show to understand how I lead my life. If I go out for coffee and someone comes upto me and asks me for a picture and how I react... I think you should respect your audience and that comes across in the show. The younger lot of actors can learn a lot from the show like you must respect not only your audience but everyone around. Respect their time, respect the way they are and if someone comes and asks you for an autograph or photograph try and oblige as many people as you can. They are responsible for where you are today so please don't forget that all the praise and the success and the appreciation that you are getting is because of them.
Seema Khot Mattoo

zenithsecurity 10 years ago So no suprises there. Along with that, the music also has rustic connect in a couple of songs.