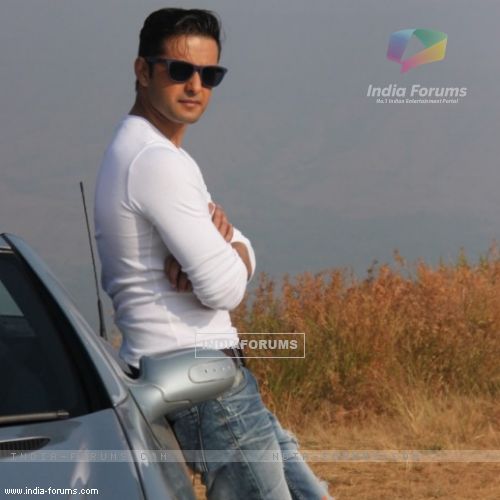 Charming actor Vatsal Sheth who is seen in Star Plus' Ek Hasina Thi is riding high with the response of the viewers for his negative character. This is not only the reason, Vatsal is on cloud nine for bagging Most Stylish award for the way he carries himself in the show. We got in touch with him to know about his journey, his personal life and more.

What made you to opt for a negative character?
I have never heard or seen such character before. This is a very unique character. I have played usual characters before like that of a boy coming from abroad or a charming boy who doesn't find his love but this was something very rare happened to me. I felt that there is lot of space for something what I am doing. I never thought that such character would ever exist. There are shows which have typical negative shades but my character is quite different than those as there are various shades in my character. The audience can see me as both hero and villain. My audience gets confused at one point they think â€˜Oh my Godâ€™ he is being cruel but at the same time they think he is such a good looking and charming guy. They are confused whether to hate or love Shaurya.

Is it challenging for you to play such a role?
It gets very challenging because I am playing two shades. I have to be charming as well as rude. Whenever I get the script I try to innovate it to make it attractive for example in the show while talking I keep the phone on my shoulders on loudspeaker mode, if I am drinking alcohol I am doing it in a different way. I try to make my character stylish; I have to take care of minute things and this is what makes my character interesting.

How has been your journey in the show, have you enjoyed it so far?
It's been very interesting because I am doing a fascinating job and the best part is people love it. When I started this new project I was not very sure whether I will be able to carry it off but till now itâ€™s going great.

How is your equation with co-stars?
It's great; I have worked with Ayub Khan in the film Toh Baat Pakki before so we share a great bonding since then. Simone Singh and Sanjeeda Shaikh are damn chilled out, we all spend a great time together. Most of the time they are in my room; we all eat together and have fun.Â Â Â

Renowned stars like Amitabh Bachchan, Anupam Kher are doing TV shows, do you think TV is more appealing and what was the reason for you to come back on Television?
For an actor working in television or film doesn't make a difference, getting an interesting role is more important. I am very sure Anil Kapoor did 24 tele-series because the story was interesting, similar case is with Amitjee. I took this show because the character was interesting if I get to do a challenging role in movie then I would definitely do it. No one intentionally chooses to work in TV or film.

Are you content by where you stand today?
Yes, I am very happy because for an actor to get what he expects is difficult and I am lucky enough to get it. And I am more happy to get a positive response from the audience as I told you before that I was not very sure for this character because I don't have villain looks.Â  I don't look like a typical bad boy I don't have muscular body so I was not sure that people will accept me in this role. My character suits that phrase 'Don't judge a book by its cover'. I look decent but donâ€™t have that bad boy looks.

Recently you got Best Stylish award so how do you feel?
I am very happy because all my efforts have been paid off; I did so much of research to bring something new in my character. The way I look, I dress, I stand and the hair style it has become a trend. The award I got was with the help of the audience because of their votes so I am happy to know that they like me. I am very fond of Salman Khan (Bhai) and all my clothes are of being human.

What makes you happy and sad?
As an actor in my career when people praise my performance it makes me very happy. I think what is happening in Palestine and Gaza right now is very brutal, innocent people are killed and this makes me sad. I feel sad when people don't follow simple rules made by government for our benefit.

Is it not scary for you to play Shaurya?
It is not scary but was difficult because If I don't do it right it will ruin the character; we may not be able to portray right thing.

TRP wise the show is reaching new heights and the story line is also appealing, so what do you think about it?
I am very thankful to the producers and channel to come out with such concept. It is an achievement for all of us and we feel that our show is probably a trend setter. After our show the audience got to see shows with unique concept. I think we are bringing in the audience who don't watch the show but they have started watching it. My friends from the industry have told me that they watch my show and if they miss it someday, they record it and watch the show.

To whom will you give the credit of your career?
I can't give the credit to one person; I feel being patient is the key for my stable career. I have done selective roles and not everything that came my way.

6 years ago Hero? seriously..?
Shaurya is a purest villain..in any other show villains don't harm dis extent...just kitchen politics..
when will i get an interview of Bhuvanesh Mann who is essaying the role Dev Goenka in Ek Hasin Thi?

He is also imp. character and Bhuvanesh is such a steady and brilliant actor..much involvement and shows no over emotions just bcoz he is a given chance of acting

6 years ago Ek Hasina thi is really interesting and Vatsal is doing a very good job of portraying Shourya's character.

6 years ago He's good as Shaurya.
But a bit full of himself isn't he?

+ 3
6 years ago Is he delusional...from which angle will audience see him as a hero...he is a rapist in the show for god's sake...no wonder he comes across as ridiculous...clearly, he has not understood his character..

6 years ago You are doing a great job Vatsal Sheth as Shaurya !! Ek Hasina Thi is a great show :). Hope it continues like this. All the best to the whole team !

+ 3
6 years ago Definitely a show to watch out for.

Engrossing, nicely paced, and a solid storyline and theme at its forefront.


A must watch. Vatsal is doing good too.