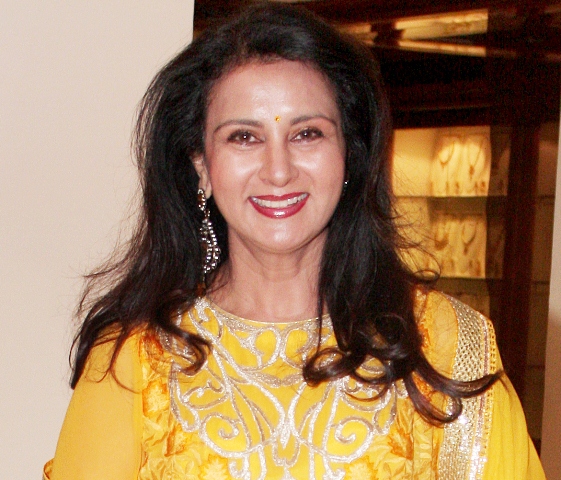 Gearing up for more work, Poonam Dhillon suddenly finds herself busy with her latest TV assignment. Her last film to be released was Ramaya Vastavaiya with Prabhu Deva and after completing a Punjabi film she took up Sony TV's Ek Nayi Pehchaan. Any other films in the offing? "Not now since while doing TV, one does not get time to do a film. Recently I had an offer for a film and they needed me only 20 days in Jan & Feb but now that I have taken up such an important role in a daily soap I had to say no to it."

She plays the timid saas Sharda Modi in the serial and reminiscing her earlier days Poonam who came to Mumbai as a teenager says she has always been like that and she still retains some of her qualities, "Even now, I am actually very shy and timidest of all people. I was just 15 years old when I came from Chandigarh which was a very small town then and I was far away from it all to think about movies. However, I became part of the entertainment field when after winning the Young Miss India contest, Yash Raj Chopra saw my pictures and offered me my first film Trishul. I was still in my 10th std., then and a year later he offered me my first film Noorie as a heroine."

The eager learner that she is, it did not hamper her need for education as Poonam went on to continue with her studies as well as became one of the most sought after heroines in Bollywood. "Over the years I grew just like any other kid who is in school, goes to college and increased my knowledge since I'm a good learner. I am fond of reading, watching, and educating myself all the time. I'm in fact currently in the middle of doing my MBA. I have always been curious by nature which has helped me in my film career too." 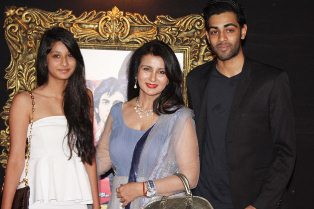 Right now she is busy with her show for which she has to give almost the entire day and she unwinds with little bit of TV time when she reaches home, "I watch more of news channel and less of soaps but my kids watch English shows and I too watch those along with them. When it comes to Hindi I try to watch shows where my co-actors from films are seen like Karan Johar's Koffee with Karan. When my son used to follow Bigg Boss I too would try to see it once in a week."

She has two young kids at home, do any of them aspire to take up acting? The proud mother has a soft smile as she talks about her children who are grown up now. "Both my kids Paloma and Anmol are taller than me and at home I suddenly feel like a midget! Amongst both my kids Paloma looks like me but is not my replica as everyone has their own personality. If any of them wishes to they can join the industry otherwise I will not force them to take up any profession since I feel that destiny will lead them to it."

At the end of it Poonam wants them to be happy just the way she has always been, "I enjoyed working in films and now I am enjoying my work in TV too... work should be enjoyed all the time" is her mantra.

Kryan_SanDhir 6 years ago You are doing a great job in the show !
You are brilliant :)

divinity11 6 years ago watching it just for you Poonam ji...so far a good show...hope it remains so :)

starsshinex 6 years ago Poonam Ji, you are doing great in Ek Nayi Pehchaan! You and Krystle make a really good pair! Love you!

Asr-Ki-Sam 6 years ago A fab job by u Poonam ji!
Loving ENP
and the credit is all to You and Krystle Dsouza

Tacker_Holic 6 years ago Loving you more and more in Ek Nayi Pehchaan Poonam ji! You and Krystle are superb together!

baranya 6 years ago you are doing an amazing job in ENP Poonamji.Congratulations on all your achievements.

cooks09 9 years ago loved hrithik in dhoom 2 i think no one will look as good as him.. aamir as thief ?? but looking at his versatality y never knowou

Kangana Ranaut Vs Anurag Kashyap: Actress ‘Steps Back’ after ...
25 minutes ago