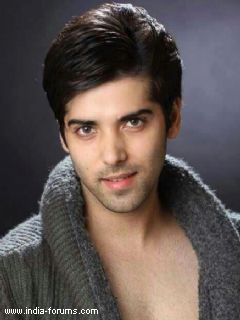 Kinshuk Mahajan was recently seen in one of the episodes of Encounter on Sony TV. The actor made his presence felt on the screen after a year. He was last seen in Zee TV's Afsar Bitiya but after the show went off air, he went missing from television.
It was reported that Kinshuk was busy with his shooting schedule for a South film. Also it was said that he even lost out on good projects on TV due to his commitments for this movie. On this we called the actor to know in detail.
"I do regret of not doing TV and missing out on good projects. I did not have many options as I was shooting for this South film which is a big budget project. Actually this venture took a long time to complete. Initially I was told that the schedule will be finished in 4 months but the project got delayed," says Kinshuk.
He adds further, "There is NTR's (Nandamuri Taraka Rama Rao) nephew in the film and because of the elections; he got busy with the campaigning for his father so there was further delay. Still I did enjoy doing the film as I'm in a lead role. Many actors don't get this opportunity like I got in South film and I feel very lucky."
So is Kinshuk going to return to TV? "I haven't left TV at all. It is one medium where I started my career. TV has given me name, fame and money. Now that my South film is over, I'm looking for a come back but with a good role. For now I've not finalized on anything. I'm meeting people and hope to zero down on one of the projects," concludes the actor.
There are lot of things happening on the small screen. We are sure that Kinshuk will return to television soon. We wish him good luck!
0 Likes

kmfan_2 6 years ago Waiting for your return Kinshuk!
Hope you get an amazing role...like a lawyer for instance!

anjumluvkinny 6 years ago Missing u so much KINSHUK MAHAJAN...All the best for your movie...still waiting for u dear come soon

moniluvskinshuk 6 years ago I wish I could meet u KINSHUK MAHAJAN to tell u that how much I admire u and love u . Waiting for ur next project . Hope to see u soon onscreen :))

JasluvsKinshuk 6 years ago Love u Kinshuk Mahajan &lt;3
Miss u so much :'(

ZoyaluvsKinshuk 6 years ago Thanks for the article :D
Misss u sooo much KINSHUK MAHAJAN :(
LOVE U SOOO MUCH JAAN.Best of luck for ur movie :D
stay blessed always :D

moniluvskinshuk 6 years ago KINSHUK MAHAJAN I am glad that U told that U are not gonna forget TV who gave u name , Fame and popularity and I totally agree with u . I feel bad that First time Ur Best Quality of Commitment had cost u in making u loose some nice Projects . But I also know that Everything happens for good and I am very sure that Soon U gonna get more nicer and good Projects which will make u happy and satisfied as an actor :) .Till then Don't be upset , Sad and disappointed becoz I for one surely can't see my Happy sweet Kinnu getting sad :) .