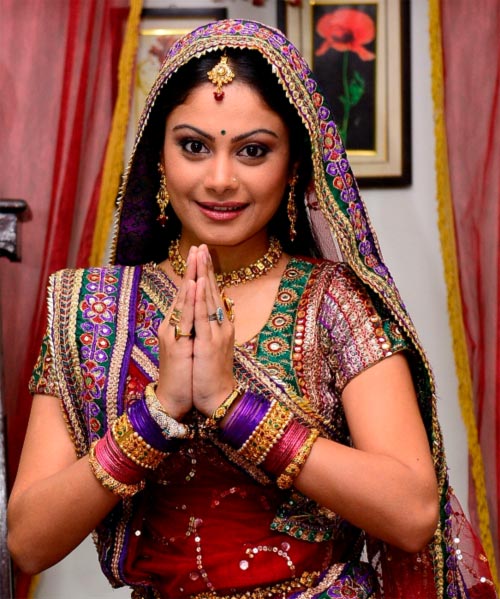 The charming actress Toral Rasputra who is been portraying the role of Anandi so well in the popular daily soap Balika Vadhu on Colors is quite similar to the character in her real life. TellyBuzz got in touch with this pretty actress to know more about it and she said, "Anandi is shown to be very matured in the show and I also feel I have that maturity in me. She is much grounded and so I am in my real life. And both the character of Anandi and I believe in culture a lot."

She further adds "but there is this one thing which I would want to take from the character of Anandi and it is that she forgives very easily has a very good quality of not getting angry which is something that I lack in as I get angry very quickly and I want that control over my anger like she has."

TellyBuzz also asked Toral that if she believes a lot in culture how she feels about the traditional attire she has to wear all the time in the show and she says, "I love these traditional outfits but there are times when you feel over loaded with jewelry and heavy costumes but it's very different since beautiful costumes on screen look extremely well."

Well Toral, TellyBuzz wishes you all the luck with your show and hopes that you keep entertaining your fans always.

Suku70 6 years ago Congratulations Toral Rasputra for winning award in Colours GPA. Good luck to you.

Meru. 6 years ago Hi, Toral Rasputra, you are doing good job. All the very best for everything.