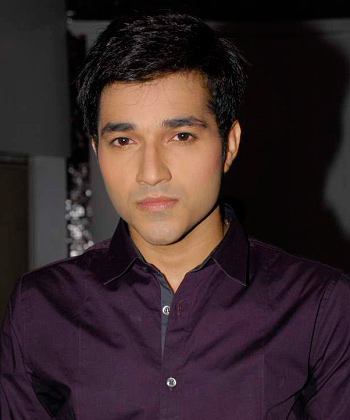 As we all know Ankit Narang who is seen in the popular television drama Pavitra Rishta is now also going to be seen in yet another popular small screen show Bade Ache Lagte Hai.

According to our source, "Ankit is going to be playing the role of Khush replacing Aditya Kapadia and will be seen opposite Suhani (Ekta Kaul) in a romantic angle."

TellyBuzz got in touch with the good looking actor to know more on his character but he refrained to reveal anything about it and said, "I can't reveal much about my character but all I want to say is that I have started to shoot for the show and I am very excited about my role. All my co-actors gave me a warm welcome."

Adding more to it he said, "I am very happy to be a part of Bade Ache Lagte Hai. I have enjoyed working with Balaji Telefilms for Pavitra Rishta and I am still very much a part of the show. When I was offered this role in Bade Ache Lagte Hai I had no second thoughts about it. I am grateful to Ekta Kapoor for considering me and giving me this opportunity of working in her show. I hope I live up to their expectations."

Well Ankit Narang, TellyBuzz wishes you all the very best.

anupam_dil 6 years ago he is awesome actor hope he gets good with the serial...priya ke paas tho koi bhi accha hi hota hai...now he is enjoying the role

armanz 6 years ago Have seen u as an old man now you are doing good as an young guy.Good luck

luvsakshi 6 years ago Please help them to patch up RAYA ...
you acts well ..

luvsakshi 6 years ago You are acting is too good in the show .. your chemistry is with priya is supern .. keep rocking man

miggie 6 years ago All the best you are an amazing actor, happy you joined BALH, keep up the good work, God Bless

Angelicprinces 6 years ago they would look really good together onscreen! best of luck.

ISano 6 years ago so khush is gonna be replaced to look the same age as pihu.. good .. coz the other one looked way too young

Rhea Sharma to be seen in Ekta Kapoor's next?
57 minutes ago