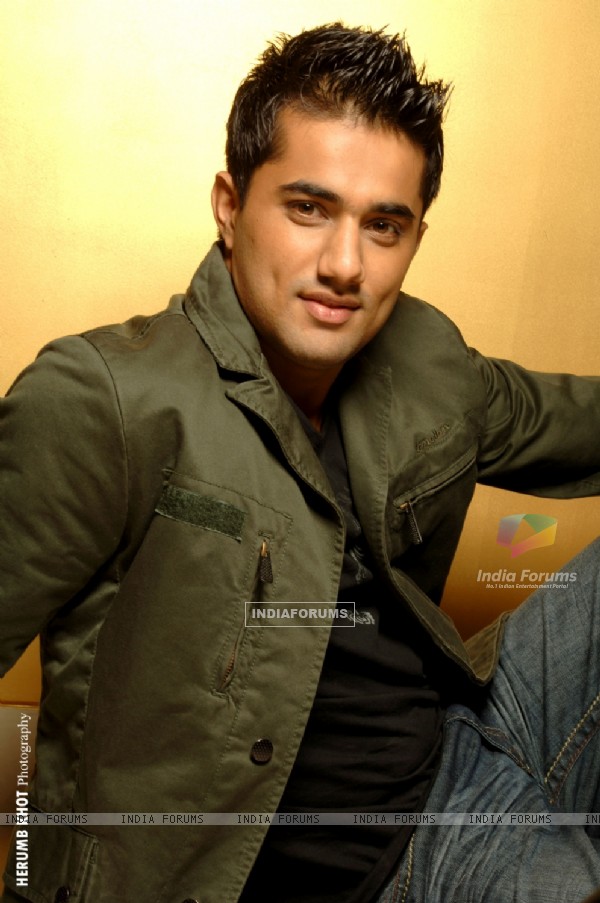 TV actor Vishal Karwal who rose to fame with Bhagyavidhaata on Colors had been away from acting on TV for quite sometime now. But this handsome actor is back again as the negative lead in Saurabh Tewari's Rangrasiya. Though the show is not doing great in the TRP ratings so to attract more attention of the viewers, a negative character has been roped in to boost the TRPs and create a much needed drama.

As seen in the show Paro (Sanaya Irani) just escapes from the tragedy as an unknown man attempts to kill her by throwing an acid on her. But by God's grace Paro escapes and is saved by Maithili (Geetanjali Mishra) in the nick of time.

Now for the viewers they are wondering who is the mystery man and why is he behind Paro's life. Here is the answer...

The mystery man is none other than Vishal who plays the role of a military officer. To know more about the character we contacted Vishal and he said, "Yes, I am entering the show Rangrasiya and I am very excited to play a negative role for the first time."

When asked him the reason for doing this show Vishal says, "Surabh Sir approached me for the role and I couldn't refuse him because I have immense respect for him."

As Vishal is noticed mainly in positive roles and now he will be playing a negative role for the first time. So when asked him that will he be able to do justice to the negative character or not, he says, "Audience must watch the film 1920 London in which my character was extreme. I am an actor and have always loved to play different kind of roles. I have played a Bihari guy in Bhagyavidhaata, Delhi boy in Rishton Se Badi Pratha and now a negative role in Rangrasiya. So it is quite nice to have variations in my character."

The handsome actor will be seen on TV after a long time, was he on a sabbatical? Vishal answers, "No I was busy doing movies. I did Nikhil Advani's short film, one Punjabi film which will  be released in September and I have done Vikram Bhatt's 1920 London as one of the leads along with Sharman Joshi. I am doing Rangrasiya for a few months as after the show I have another film scheduled in the month of January."

Vishal gained immense fame after doing Bigg Boss Season 6. So now is he planning to do another reality show? He says, "I would like to opt for Khatron Ke Khiladi."

We wish Vishal all the best for his future endeavors.

2 years ago Sanaya Irani you are awesome rangrasiya rocks

6 years ago start liking this new track.. Sannaya Irani, you are awesome as paro...rangrasiya rocks..

6 years ago Sanaya Irani you are an exceptionally talented actress, and watching you is a surreal delight. You are the best.

+ 3
6 years ago Love Sanaya Irani as paro.. She is one of the best actress on television industry...

The show is getting more & more intresting

6 years ago Rangrasiya's story gets interesting. Like the new track. Ashish Sharma and Sanaya Irani are doing a FABULOUS job.