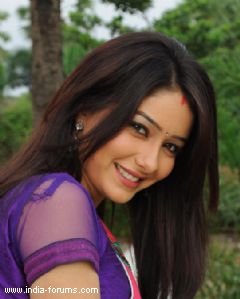 The pretty actress Leena Jumani who was last seen in Sahara One's Piya Ka Ghar Pyaara Lage and later seen on the big screen playing Ajay Devgn's sister in the action packed film Himatwala, is all set to be seen in an episodic on the small screen. She'll be seen in Star Plus's romantic series Sirf Ishq Kills.

When asked her about the show Sirf Ishq Kills, Leena says, "Yes, I have been approached for one of the stories. Though the shooting for the show is yet to start so I can't disclose anything right now but I'm very excited to do it. I always wanted to do a romantic show. On TV if I get a lead in a romantic daily, I would jump and take it."

Leena has been getting offers for saas-bahu shows but she wants to play a negative role. She is not taking up any show offers because of her commitments towards films as she says, "I have been getting offers for saas-bahu shows. It is either a main lead or a romantic lead in an episodic so I wish to play a negative role if given a chance. About taking up the show, there were few which I liked but due to my prior commitments to films, the dates were clashing."

As Leena has two more films in her kitty, we asked her to know more about the details of the films and she told us, "I'm doing a flick with Rajeev Khandelwal called Woh Aadmi Bahut Kuch Janta Hai. It's a suspense thriller based on today's youngster. I play the lead in the story though I'm not paired opposite to Rajeev but the story revolves around me."

Further she adds, "Second movie is called Kshan but this is a romantic one with all new star cast and again I play a lead in it.  My schedule for both the movies are about to complete. After this I will take care of my film dates so that it won't clash with my TV show shoots as I want to act in both mediums - Films and TV."

We wish Leena all the very best for her movies and hope that she returns to TV soon.

nirmalac99 6 years ago Hi Leena Jumani,loved u as Paridhi in PV...

Doe_Jane2013 6 years ago All the very best in everything, Leena..

KSphilia 6 years ago Good luck Leena, for the bigger screen!!

SilverBell 6 years ago All The Best Leena.
Loved You On PV.
(: