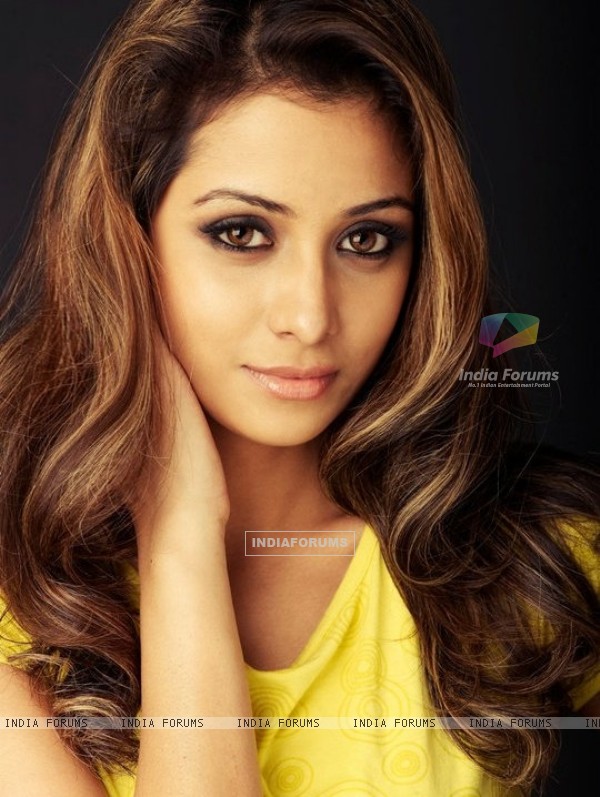 Television actress Madhura Naik who is mostly seen portraying grey characters on screen is once again playing a grey character in Life OK's Tumhari Paakhi. Though her roles are not liked by the audience this girl sportingly accepts the offers for such roles and is very comfortable acting with those.

We got in touch with Madhura to know more about her role and whether is she comfortable playing such negative characters or not, her bonding with her co-stars and children and much more in this conversation.

How much do you enjoy playing the role of Tanya in Tumhari Paakhi?

You are mostly seen playing the character which has a grey shade, so are you comfortable playing such characters?

I have played various kinds of roles along with negative roles. But I feel that playing negative role is very challenging and I am very much comfortable playing such kind of roles.

How difficult is it to play the negative character in the show?

For me I don't think so that I have found any difficulty in playing the negative character because every human being has a good side and a bad side. So while playing a negative character you need to bring out your bad side on the screen.

Do Tanya and Madhura possess similar qualities in real life?

Except the negativity I would say all the qualities are similar between Madhura and Tanya in terms of life style, dressing sense etc. Tanya is a very polished person with high standard of living, high thinking and today's girl just like Madhura.

What other roles are you willing to play?

How is your relation with the other co-stars on the sets of Tumhari Paakhi?

We all have a very good relation with each other on the set. I mostly enjoy and hangout with Sachin Shroff. Honestly speaking we don't get any leisure time but during our lunch break we all co-stars sit together to have lunch.

How is your equation with the kids in real life?

I love kids; I really like to pamper them I love to play with them. It's fun to be with kids, they are always adorable. So I share a friendly and a good time with children. 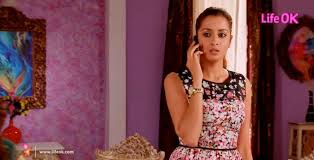 Tumhari Paakhi and the film Biwi No. 1 seem to have a similar story, do you agree?

Yes, I completely agree with this that Tumhari Paakhi is somewhat similar to the film Biwi No.1 but films are of 3 hours which has a specific story and also ends within 3 hours but in daily soaps the scenario is different.

As it has been shown that Tanya is leaving no stone unturned to get her love back, so if such situation occurs in real life then what suggestion will you give to deal with such a situation?

Firstly, I will suggest that never fall for a married man and if you are already into to a relationship with a married person try get out of it as soon as possible because it will spoil three lives. Tanya's character has a grey shade but she is doing all the negative activity only to get her love Anshuman back in her life as she was in his life even before Paakhi entered in his life.

Tumhari Paakhi has managed to grab top position in the TRP chart, so how are you feeling?

Well it's an amazing feeling and I would like to take all the credit because my character has added the much needed drama in the show (Laughs). But seriously I am very happy and I feel that the current track is liked by our audience and so we have grabbed the top position. We have recently got an extension as well and Tumhari Paakhi is doing great.

We like your character too Madhura. Keep up the good work!

appy_19 6 years ago You are doing a fab job! very impressive acting... All the vry best for ur future keep rocking television

Bristylovemouni 6 years ago you are very Beautiful, There Are lots of actress who are playing Lead Role but they are not preety , In indian television there lack of beautifull Actress for Doing lead role ,so u Shuld do Lead role now

nikki.171 6 years ago I love to hate Madhura Naik's character in Tumhaari Paakhi. There would be times when I would applaud her silently for her acting while hating her. I think she has done justice to her role and I wish her the best.

knock_knock 6 years ago Madhura Naik is a wonderful person and is doing good job in the show. However, like her, I would also like to see her in something different. I feel like she is getting type-casted in similar roles.

bookworm-ALS-- 6 years ago Madhura Naik is actually doing a great job in the show. Sometimes, I feel like throwing something at Tanya!
She's always rocked in grey shades :D

larimel22 6 years ago Madhura Naik is doing a fabulous job as Tanya! We really love to hate her! :P

hnidiga 6 years ago This show is absolutely awesome.. Madhura Naik is doing a fab job as Tanya.. she does deserve credit and yeyyii.. TP got an extension!! :) :)