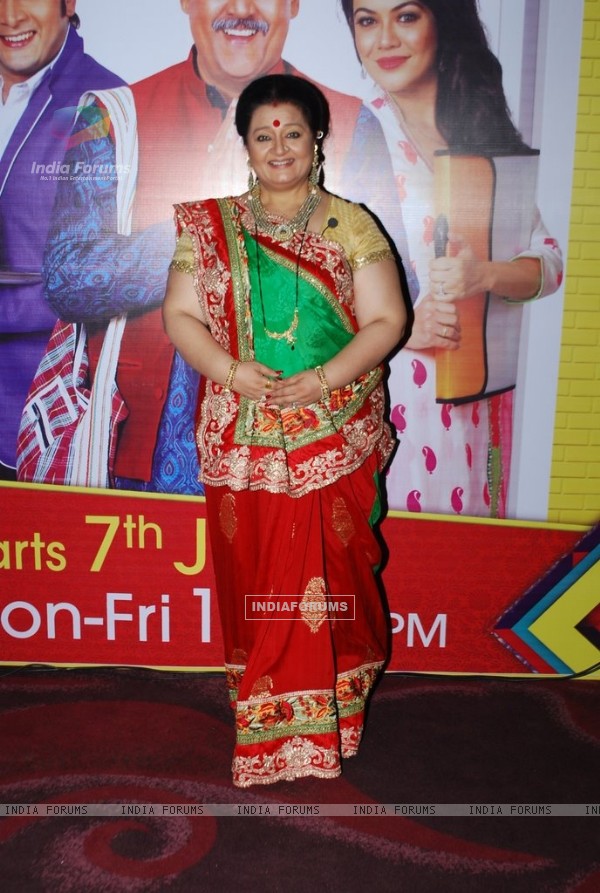 The very veteran actress Apara Mehta is back again with her comic stint with SAB TV's Tu Mere Agal Bagal Hai she shares with us about her character, working with noted actors, about the show and many other things.

Aparaji, what is your character all about?

There is an amazing cast like Supriya Pathak, Alok Nath etc. and having all of you in one show will definitely be a treat to the audiences. What do you have to say about this?

Absolutely! We have a wonderful star cast. I think very rarely it happens when the entire cast is so talented and so experienced. The last show which we had done was Sajan Re Jhoot Mat Bolo and that too had a wonderful cast. So that is going to be beneficial to us too because everybody wants to do and give their best. As much as the writer will write new and creative things and scripts for us, our characters as well our shows will get better and better.

Aparaji, you have already played several shades of saas, what is different regarding this saas?

I have done positive and negative. I have done comedy saas, short baalo wali saas, jude baal wali saas ka kirdaar bhi kar liye hai (says laughingly). Let us see nichod nichod kar writers' aur kya karva sakte hai mujhse. But I would like to play a normal person of today, a 21st century person, which is the most difficult thing to enact as an actor. All the time you do not really like your family. You sometimes get irritated too with them. I would like to play something like this (smiles).

Aparaji what would you like to say about your bahu?

She has always been a very talented actor. I have seen her from the time she was a kid. She has done some really amazing role for Gujarati dramas as a child artist. She was always known for her talent. When she entered television with Sahara One's Kituu Sabb Janti Hain, she has been a phenomenal actor.

Aparaji, there are talks that Kyunki Saas Bhi Kabhi Bahu Thi will soon come up with its season 2. Would you like to be a part of it? We have also heard that you will be playing a role in Zee TV's Jamai Raja.

I have heard that the show is coming up with its next season but I have not been approached for it. My character in the show had died so let's see what happens. If they ask me, who wouldn't want to be a part and go back to the show? But then again the fun was in the cast, the kind of writers, everything put together. Yes, I will do Jamai Raja for a while at least. I will do Jamai Raja along with this show.

TellyBuzz wishes this beautiful saas-bahu Jodi all the luck for their upcoming show.