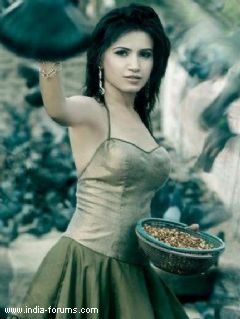 Priya Ahuja Rajda who was last seen in Haunted Nights on Sahara One and also did an episodic in Savdhaan India @11 on Life Ok, strikes back once again with her role in Neela Telefilms Taarak Mehta Ka Ooltah Chasmah on SAB TV. She plays Rita reporter who will cover the Janmasthmi celebration after which she will also be there for the Ganpati Utsav and later on Navrati festival.
Priya Ahuja speaks about her re-entry in Taarak Mehta ka Ooltah Chasmah as well as she talks about her personal life and most importantly she shared her never heard phobia with TellyBuzz.
Sharing her views on re-entering Taarak she opined, "I have been re-entering and exiting Taarak so many times now, that the show is like my family. As I have said earlier as well that just because Rita reporter as a character was not framed well and didn't gel with the audience hence the story needs me to come again and again. Well, I am enjoying shooting for Taarak yet again."
She further went on to say," I am missing Jennifer a lot as this is the first time I am shooting without Jennifer Mistry Bansiwals who used to play Roshan bhabhi. I am delighted that she is blessed with a baby girl, however the sad part is I couldn't go for her baby shower."
When we asked her the reason for her absence from Jennifer's baby shower Priya claimed, "To be honest I am very phobic of pregnant women. Ii somehow can't see pregnant women and baby bumps. I feel pukish and I also don't know how do those women survive having a baby inside their womb. I feel scared seeing them and I can't actually imagine being pregnant. I know as I am married I will have to conceive one day, but still I can't just think of having a baby as I like kids but the thought itself scares me."
She is married to Taarak's Director Malav Rajda and says, "My husband is fond of kids but just because I am phobic he has given me sufficient time. I know one fine day I will have to go for it but somehow I don't think it's going to be easy as I will have to visit the psychiatrist for that," she added.
We hope Priya overcomes this fear soon.
Ruchita Mishra

+ 2
6 years ago I have seen that show and this actress is lame.Anyone can do that role.It's not like people would tune in to watch her.Now, she gets back coz she married the director. Sifarshi sidey.Phobia o pregnant women..well..soon she will be sitting at home and making babies only.

7 years ago One can feel overwhelmed by the process of carrying a child in one's womb as it is difficult process psychologically as well as physically, but pukish?! Somehow that word doesn't feel right.

SaiKaPyar 7 years ago Excuse me its so sickening a woman saying that she gets pukkish by just seeing a woman carrying baby and how they have baby inside them... whats wrong with you... donot you have woman in your family who get pregnant and carry babies inside them,... then are you pukking all the time.. To be a mother for a woman is a blessing from God and the world ... Maa word is so sweet... get a life woman... you are making everyone pukking here with your comments.. If you have a problem then get it sorted out... Maa is great..

7 years ago Has mo one told Priya Ahuja Rajda about surrogacy?

Priya does not even have to
see the woman carrying her and her husbands child until the child is born and delivered to her all nicely wrapped up and with ribbons and balloons etc.!.

7 years ago She feels pukish seeing baby bump & pregnant lady?? come on girl get a life..
getting scared of being pregnant & mother wood is totally fine.. I agree thre are some women who have this phobia but not feeling pukish..

7 years ago Thanks for this artical.
Thanks for tagging it on hunted nights.

+ 3
7 years ago oohh she is Tarak mehta show s directers wife ,so thats she keeps coming back,its like her family ,she is very honest ,she is scared of the process of having baby and ofcourse it is most toughest to produce a baby,atleast she is being honest .I m sure she will face it one day when she is ready.

7 years ago luvbbat - I agree with you but the mentality of most Indians (Asians in general) is that is a woman cannot have a kid - the woman is worthless. This is even if it is the guy's fault physically.

7 years ago Wow! I have never heard of anyone having a phobia about seeing a pregnant woman. I don't know why each and every person in India wants to have their own child. Why cant people just adopt a child? Priya should really consider adopting a child instead of going to a psychiatrist!