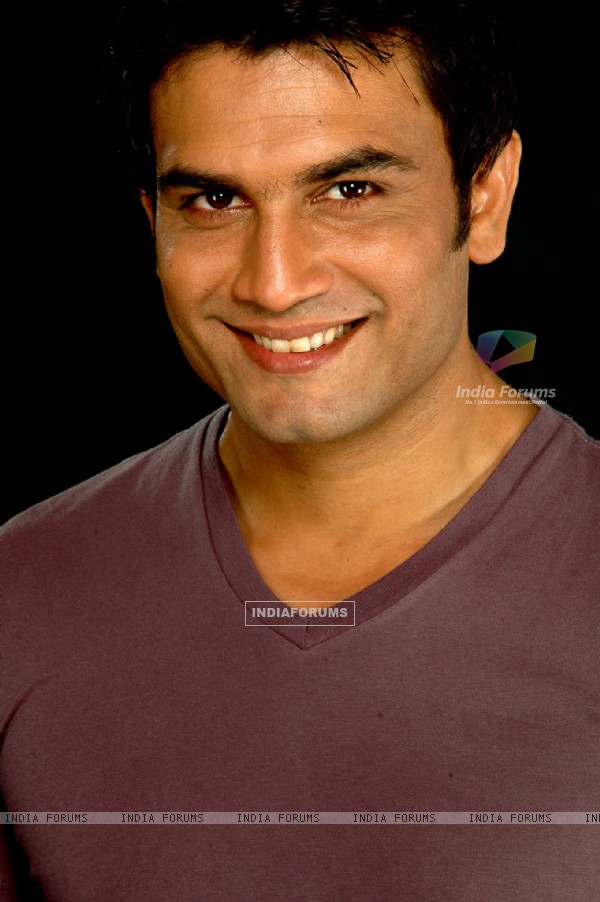 Sharad Kelkar, the big face of Indian Television industry has left no stone unturned to make his place and good name on the Silver screen. Sharad Kelkar who is incessantly being praised for his acting skills have played a remarkable role in Sanjay Leela Bhansali's film Ramleela - Goliyon ki Raas leela.

Sharad Kelkar who have done some great television shows like Kuch Toh Log Kahenge, Nach Baliye 2, Saath Phere, Uttaran and many more speaks to Tellybuzz about his journey and experience while shooting for the film Ramleela.

Here's what Sharad has spoken with us...

What is your role in Ramleela?

I have played the role of Kanjibhai who is Supriya Pathak's son and Deepika Padukone's brother. My character of Kanjibhai is that of a mafia person and is an extremely powerful man. He has all the authority to do whatever he wishes to as he is the only son in the family. He has various shades to his character; loving husband but at the same time plays a high end mafia role. Kanjibhai's character is a very self-esteemed role.

What do you have to say about the cast and your experience with the production?

Every single scene of this movie is like you are watching a still image. Each visual is just breathtaking. Sanjay Leela Bhansali itself has such a big production house that doing just one single scene is like getting a life time achievement award (laughs). I have shot most of my scenes with Deepika and I have to say that she is so down-to-earth, grounded and don't have the star-attitude. It was just fabulous working with her.

Now that you have done good work in Bollywood, would you come back to television?

Yaar Amitabh sir aur  Salman Khan jaise bade actors television kar rahe he toh me kaun hota hu mana karne wala? No chance that I will quit television. Nowadays, the gap between Bollywood and Televison has faded immensely. There are so many TV actors as my co-actors in this movie like Richa Chadda, Barkha Bisht Sengupta and Bharat and a few more. There is no point quitting. If I get a good show and opportunity in television and if I have the time and commitment then I will definitely do it.

What do you have to say about Sanjay Bhansali?

I think he has that amazing vision to choose actors for his films. Even the side actors of his films are mind blowing. I am grateful that I got an opportunity to work with and for a person like him who's films are recognized all over only by its name itself.

How are you feeling at the moment?

Just in one word if I had to express this emotion, I would say I am on Cloud 9. This is such a great feeling that cannot be put into words. I pray to God to give me strength to manage TV as well as Bollywood with full commitment. TV has given me name, fame and wife too (laughs).

We at Tellybuzz wish Sharad all the luck for his future endeavors!

7 years ago Congratulations and good luck to you Sharad Kelkar. Hope to see you more often in both mediums and definitely hoping for S2 of Kuch toh Log kahenge

+ 2
7 years ago Best of luck for RamLeela Sharad! We would like to see you back in Kuch Toh Log Kahenge Season2 with Kritika!!! We miss Dr Ashutosh very much!

7 years ago Again and again I wish you the best.. Hope to you see more and more in both fields of entertainment..but first want you back in KTLK season 2

7 years ago Congrats Sharad Kelkar for your success. Wish you all the best. Hope to see you again as Dr Ashutosh in Kuch toh log kahenge.

7 years ago Congratulations on your success Sharad Kelkar! Hope to see you more often on both the big and small screens. Hope to see you back as Dr. Ashutosh in S2 of Kuch toh Log Kahenge

7 years ago Congratulation SK for ur career in Bollywood but don't forget the Small screen as still we love u as Dr Ashutosh. All the fans of u are awaiting to here on KTLKseason2 with u and KK.