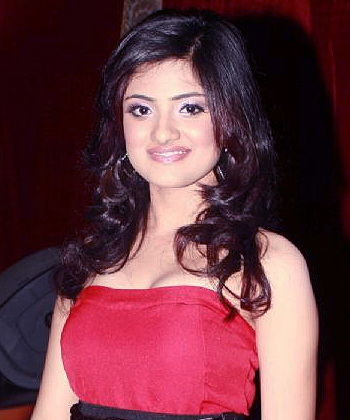 Pretty actress Shritama Mukherjee, who was last seen in Channel V Best Friends Forever?, is now all set to be seen in Life OK's popular show Do Dil Ek Jaan. Shritama will be seen playing the character of Vedika who will be Satya's (Akshay Dogra) daughter. Shritama is quite elated and excited to play this character.

TellyBuzz spoke to her to know more about her character.

Talking about her character and bagging the role, Shreetama says, "I was called from the production house for the audition and the channel liked it so I got the confirmation the next day only. She is a very rich and a  brat girl carrying some attitude. She is like a tomboy and does full of dadagiri which has come within herself because of her upbringing. She is a pampered kid and has returned after finishing her studies from abroad. She has an attitude within herself that she is perfect but she also can emote, has childish nature, chirpiness and bubbliness within herself. She is a normal girl like all and people can actually relate to her character and so do I. Even I carry some attitude which is important to carry in life; I respect everyone and love my parents a lot."

When asked Shritama, about her experience of shooting on the sets and whether has she met the previous leads of the show Ayaz Ahmed and Nikita Sharma, she added, "It's been a very nice experience so far. The team and the co-actors are very nice to work with and I am having a blast on the sets. I couldn't meet Ayaz and Nikita as their shoot was over when we started."

Shritama feels that it's a different kind of character which she will be playing. Talking about the challenge of playing this character, she told us, "The challenge of the role is that the character is little tricky as it's not that regular kind of roles like an innocent girl who get scared on every little thing. It's a western character which has a certain attitude. So, it's a challenge for me to handle the attitude in a way so that it doesn't get converted into arrogance."

We wish Shritama all the very best for her show and the character.

Puja Banerjee on Having a Traditional Wedding After Baby's Birth With ...

MissAmnell 6 years ago Missing the Jaans of DDEJ : Ayaz Ahmed and Nikita Sharma too! Can't wait to see them back together on my screen!

SM-ILE 6 years ago Missing Ayaz Ahmed and Nikita Sharma. Waiting to see them in YHA!

-Gaganjot- 6 years ago I am missing Ayaz and Nikita!! Cant wait to see them in Yeh Hai Aashiqui

khushix 6 years ago Missing Ayaz Ahmed and Nikita Sharma! Cant wait to see them once again in Yeh Hai Aashiqui! :)

Parm. 6 years ago I haven't seen Shritama since DEK so am looking forward to seeing her on the telly again! Good luck in your new role!