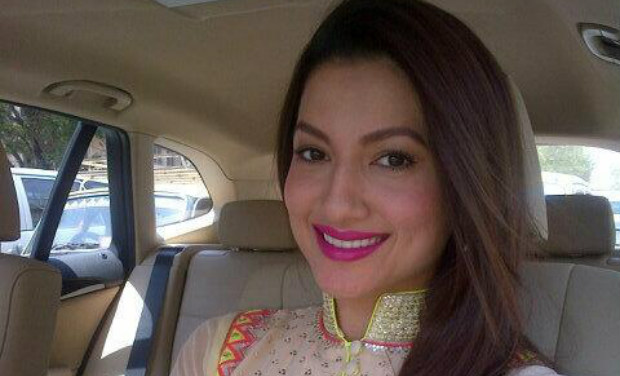 After the grand finale of 'Bigg Boss Saath 7', there was speculation that actress Gauahar Khan and Kushal Tandon will go separate ways. But belying all skepticism, the couple has now decided to carry their relationship further, and are in fact, in Goa together.

Confirming this, Gauahar said: "Yes, I am in Goa with Kushal and a whole lot of friends. After the long 105 days that I spent in 'Bigg Boss', I am finally unwinding."

Gauahar admits there was an apprehension within her that the equation between Kushal and she may change after the show. But to her relief and joy, things are absolutely unchanged between them.

"I am amazed and delighted to realize that we are exactly the same people that we were inside the 'Bigg Boss'. I am looking forward to a great 2014 for the two of us," she said.

Kushal too had expressed a similar misgiving regarding Gauahar when he was evicted a week before the grand finale.

Natkat 6 years ago Desperate fake dramebaaz auntie so how is ur puppy kushaal. Have u chained him or is he free.

-Bubble- 6 years ago luv u guys, Gauhar n kushal u ppl rocks together

YaloBaso 6 years ago She means to say she still remains as Fake as she was in the house,lol..biggest nautanki/pheku of all the bb seasons combined.

disha93 6 years ago Awww so cute!!!! Gauhar and KUshal are perfect together!!! Love them

veenisha 6 years ago they are super cute together:D
for all the people who think there relationship was fake here is the answer :P

littlesmile 6 years ago Love u kushal and guahar :) god bless u both

metronome 6 years ago Whatever - yawn - doesn't matter what you guys end up doing.