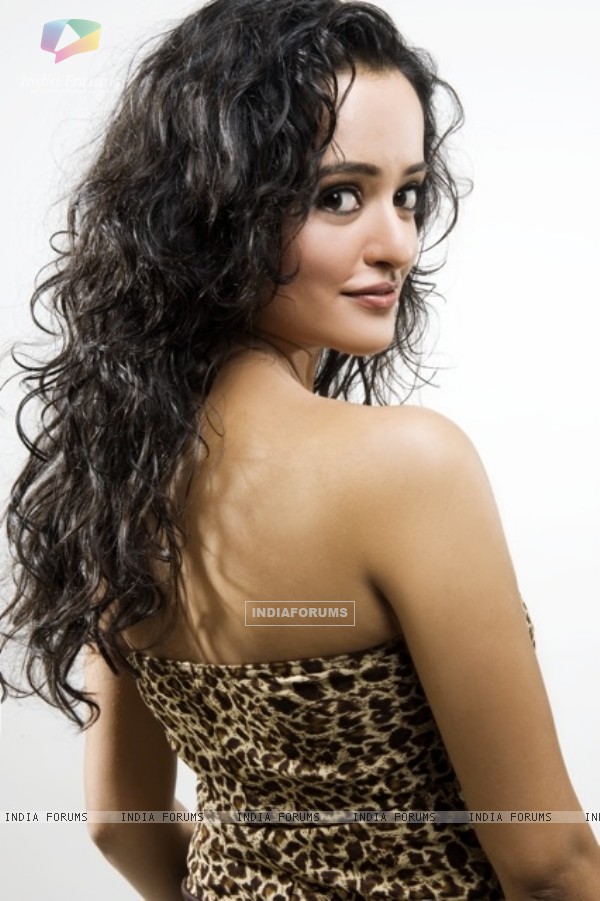 Jayashree Venketaramanan who rose to fame with Beend Banoongaa Ghodi Chadhunga on Imagine and later was seen playing as petite Nanhi in Na Bole Tum Na Maine Kuch Kaha Season 2 on Colors, has taken a break from fiction shows these days.

The actress is seen as a host on UTV Stars' newly launched show TV Shivi. Being the host of the show, the Jayashree comes across as a housewife Shivi who presents the TV news to the viewers.

It seems that Jayashree loves her job as a host and is not too keen to act in daily soaps at the moment as she says, "Right now, I am only focusing on my show TV Shivi on UTV Stars where I am playing the character of a house wife Shivi who talks about the news related to Television. I want to give my best and that is why I am not planning to take up any new project till I am in this show."

While chatting with her we also found out that Jayashree is very much protective about the environment and thus doesn't like to waste paper at all. Jayashree likes to avoid the use of paper and urges people to make less use of the same as it harms our environment. However, the actress refused to elaborate more on the wastage of paper in detail.

We agree with your views about the wastage of paper Jayashree and wish you all the very best for your show!

10 years ago why suddenly power couple when every1 was insulting them?

Ra-Ima 10 years ago he's ugly she's beautiful...therefore, they cancel eachother out so for me :D

10 years ago how much will they try to make them a couple :O ROFL my God they r looking two diffrent ppl one is posing forhimself and the lady is posing as if she is a stalker :O LMAO no offence to anyone just putting in words what is in this pic :P

10 years ago omg look at abhishek's face in this pic...photoshopping gone wrong...ROFL ROFL no offence to any of his fans

Shalma789 10 years ago THey don't even look nice together. I expected her to marry an American guy becasue i watched an episode of Tyra Banks show and she acted like she was too good to show off some bollywood dance moves. I bet if you payed her more..she would have danced. I expected abheshiek to do better but i guess love comes in any form, any day and any age. I bet she won't even have kids until she is 40 but who knows..she is already 34 (i think), FYI i have nothing against her..she is a great actress overtime i lost that respect for her.

mutkij 10 years ago I agree, not a good picture at all. Power couple- for what?????????? She is about 4 years older than him-this is for sure and most everyone knows it- this is more a marriage of convenience, the name of one and the title of the other, and they and the media flaunt it all the time............. To me Sushmita Sen has always been the epitome of being beautiful, elegant and poised and definitely comes across as very intelligent and smart. Aishwarya on the other hand is cold, calculating, manipulative--the indian version of the "typical American Blonde-Bimbo. She even giggles stupidly like one."