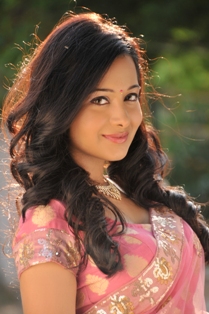 B town's gorgeous actress Amrita Rao's sister Preetika Rao who is very well known for her acting skills in southern films is all set to be seen making a debut on TV. She will be seen in Color's show Beintehaan in a lead role.

Preetika shares about her journey in the acting industry, her character in the show and much more in conversation with TellyBuzz.

Let's see what Preetika has to share with us...

When asked about her journey in the acting industry, Preetika says, "I was modeling and simultaneously contributing as a film-journalist to news-dailies like Bangalore Mirror, Deccan Chronicle & Asian Age Mumbai. I also had my Bollywood column with South Side movie magazine in Chennai. I was spotted by a director who saw my Column picture and he offered me a Tamil movie debut which was well received by the film-critics."

She further elaborated saying, "After that I quit South cinema for a diploma in broadcast journalism from the prestigious New York film academy. I had announced that once I'm back I am looking forward to work from Mumbai."

So what are the offers she has in her kitty? "I have been receiving tele-series offers from almost a year now, but I prioritized my personal time out. Once I was back, 5 production houses offered me to play the lead for their respective tele-shows - however, Producer Farahan Salaruddin's show Beintehaa for prime time Colors was the one that appealed to me the most," says Preetika.

How has been the transformation from Bollywood to TV? Preetika says, "TV is the new ' in ' thing in Bollywood! I'm excited about my TV debut - more so because my relatives follow television more keenly than films."

Well talking about her character in the show Beintehaa, Preetika replies, "I play a Muslim girl who hails from Bhopal. She is brought up in a pure Muslim family. The story of the show is set against Muslim marriage laws and the show is scheduled to replace Big Boss."

kankabhor 6 years ago Will definitely give it a try but was expecting more creativity.. Bhopal based Muslim show, girl-Qubool Nai hai.. Sounds familiar...Huh... LOL

..-Zaara-.. 6 years ago i hope this show is better than QH, I really hope its good. I gave QH a chance but I never got into it to like it.
I hope Beintehaa lives up to my expectations.

Alpha_Ka_Gamma 6 years ago Lolz..People claiming to be big fan of QH dont remember their own show's first promos...QH launch promos had Modern Girl trying to come out breakaway the Orthodox rules ...The shows name is "Qubool Hai "but the female lead keeps running from all Nikaahs.Even from her own Nikaah ROFL...Sorry but i think QH had a very Shallow initial concept..nothing new...and they have made mockery of the religion...in name of twists and TRPs..

I hope Beintehaan truns out to be different and dont divert form the concept as well as show Authentic Muslim Culture...

-RohitMaxwell- 6 years ago oh what a joke... seems like some people don know the original concepts of QH >< thats also about marriage... leads get married mistakenly but get divorced because they love others but its not easy because of the complication... past one year and one month i had been reading those topics every alternative day

seems like "some people needs to know the concepts of QH"


For all others:- i am comparing the promo with QH thats it.. it shouldnt hurt cz most QH viewers will instantlg react like that.. so even if that hurts i don have anything to do with it cz its the reaction and anyone cant change my reaction
PS.. cant comment 4th times.. But QH n Gul.is trend setter you cant deny.. huh.. its simple accept it.. this shows concept matches with Guls thought.. deal with it Rangeela..

AmyPree 6 years ago A big fan of Amrita, glad to see Preetika on tv. I've seen her long ago her look and voice so similar to Amrita she always reminds me of Amrita. People who are comparing the show to Qubool hai geez watch first then judge. I really hope it's a good one and a big success. Looking forward to the serial. All the best Preetika!!

Its a story of Married Couple who want divorce as both love someone else but cannot divorce as according to Muslim Religion Couple have to Consummate once before they divorce...

In QH they have already made mockery of this law by showing silly accidental Nikaah...

Btw happy that in Beintehaa they dint use the word Qubool Hai...instead they used Manjoor Hai ??...

Hope Beintehaa does well on Colors...

-Saba- 6 years ago yup...she do resembles Amrita like i thought for a once that she is Amrita when i saw the promo..
all the best girl for ur new show..

Acumen 6 years ago
OMG!! She resembles Amrita so much moreover her voice is same as that of Amrita.

All the best for the show.
The show looks promising.

Avika.Gor 6 years ago Can't wait for Beintehaa!! Show will rock.

Jaya Saha to be Arrested by the NCB Soon: Report
16 minutes ago

Shaheer Sheikh opens up on getting offers from Bollywood in ...
39 minutes ago

"This NEWS is FALSE, MALICIOUS & MISCHIEVOUS": Nikhil Slams ...
47 minutes ago