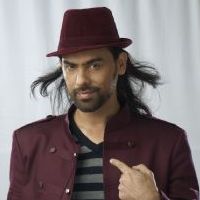 Let's see what Ferozz has to share with us...

When asked Ferozz about how does it feel to be a part of the dance reality show Dance India Dance Season 4, he says, "I am enjoying the limelight at the moment of being the judge of the dance reality show Dance India Dance Season 4. In fact after being a judge for the show lots of things have changed in my life and I am thankful to this show which has given me an opportunity to showcase my judging skills. The show is doing really well and I am honored to be the judge of this show which has extremely talented contestants on the dance stage."

Ferozz is happy with the overwhelming response of the viewer's towards the show, "Family, friends and the viewers are giving good feedback to the show and also the social networking sites are going gaga over DID which makes us judges, contestants and the entire team very happy. It also boosts up our spirit."

Further he elaborated saying, "This year the show has got really good contestants, it looks like with each season the level of the contestants is also going a notch higher and stronger. The young and talented contestants are very enthusiastic towards dancing and they are becoming stronger and stronger with the guidance of our team which is working along with them."

When we asked Ferozz on how difficult it is to judge a dance reality show, he says "To be honest, judging a dance show is not a tough task if you focus well on their dance act. We also have to keep in mind the comments that we give them as some comments really help the contestants in their future too."

+ 2
7 years ago All 3 new judges are great and they bring freshness to the show!!!

7 years ago All the new judges are amazing. I'm glad Mithun Da took the decision of removing the old panel. They became a bit too old fashioned. Here come the new generation judges.

7 years ago Love all the three judges. DID rocks as always.